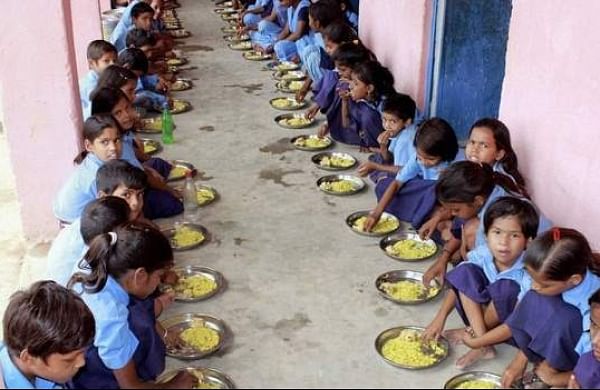 India slipped to 101st position in the Global Hunger Index (GHI) of 116 countries, from its 2020 position of 94th, and is behind its neighbours Pakistan, Bangladesh and Nepal.

Reacting sharply to the report, the Ministry of Women and Child Development had said it was "shocking" to find that the Global Hunger Report 2021 has lowered the rank of India on the basis of FAO estimate on proportion of undernourished population, which is found to be "devoid of ground reality and facts and suffers from serious methodological issues''.

Oxfam India said the GHI data which states that India dropped to the hunger-level ranks by seven spots to the 101st spot "unfortunately reflects the reality of the country where hunger accentuated since the COVID-19 pandemic".

"This trend of undernutrition in India is unfortunately not new, and is actually based on the government's own National Family Health Survey (NHFS) data. The data shows that between 2015 and 2019, a large number of Indian states actually ended up reversing the gains made on child nutrition parameters.

"This loss of nutrition should be of concern because it has intergenerational effects, to put it simply - the latest data shows that in several parts of India, children born between 2015 and 2019 are more malnourished than the previous generation," said Amitabh Behar, CEO, Oxfam India.

However, the POSHAN Abhiyaan launched in 2017 to improve nutrition among children, pregnant women and lactating mothers, has languished due to poor funding resulting from clever clubbing with other schemes within the health-budget and even worse implementation.

Only 0.57 per cent of the current budget has been allocated towards funding the actual POSHAN scheme and the amount for child nutrition dropped by a whopping 18.5 per cent compared to 2020-21, Oxfam India said in a statement.

"There are massive negative consequences to not arresting high levels of malnutrition.

In India, both our adult population and children are at risk.

For instance, the BMI of a quarter of our (teenage and middle aged) women is below the standard global norm, more than half of our women suffer from anaemia.

"A quarter of our (teenage and middle-aged) men also show signs of iron and calcium deficiencies as per the latest round of NHFS data," said Varna Sri Raman, Lead, Research and Knowledge Building at Oxfam India.