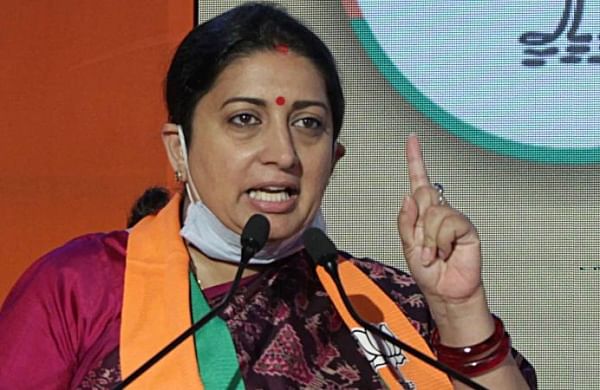 PANAJI: In a fresh twist to the row over an upscale Goa bar which the Congress has linked with Union minister Smriti Irani's daughter, the district administration has issued a notice to the local village panchayat seeking relevant documents in response to a complaint alleging the outlet was built illegally.

'Silly Souls Café and Bar' at Assagao village in North Goa is at the centre of an ownership row ever since the Congress alleged it was operated illegally by Irani's daughter, a claim denied by the Union minister who has filed a defamation suit against the leaders of the opposition party.

The Delhi High Court has held that Irani and her daughter are neither owners of the restaurant-cum-bar, nor a licence was ever issued in their favour.

Bardez Block Development Officer (BDO) Shivprasad Naik, under whose jurisdiction the restaurant is located, on August 1 issued a notice to the local Assagao panchayat directing it to furnish all the documents pertaining to the outlet within seven days.

The development came after Goa's Director of Panchayats Siddhi Harlankar, through an officer, on July 27 issued a memorandum to the Bardez BDO, asking him to take necessary action on a complaint filed by social activist Aires Rodrigues who has claimed the restaurant was illegal.

Naik has asked the Assagao panchayat secretary to go through the memorandum and submit relevant documents.

The restaurant has already been issued notices by the Goa Excise Department and the Town and Country Planning Department on two different complaints related to issuance of licence and alleged violation of rules by the outlet.