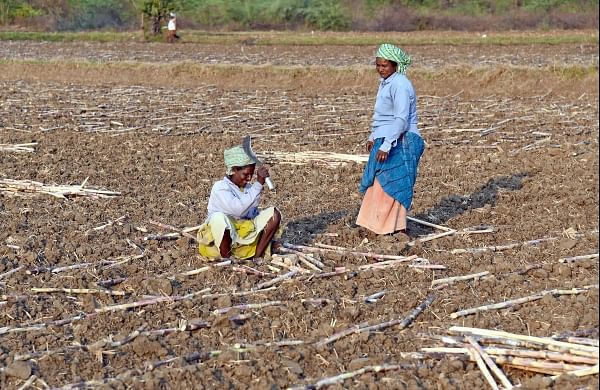 PANAJI: The Goa government on Friday announced that it would release funds to the tune of Rs 5.23 crore as support price for sugarcane growers in the state.

Sugarcane growers had started an indefinite hunger strike on Wednesday in front of the Sanjivani Sugar Factory at Usgao village in North Goa, but later withdrew the agitation after Chief Minister Pramod Sawant assured to meet with them.

Sawant in the presence of Deputy Chief Minister Chandrakant Kavlekar and Cooperation Minister Govind Gawade assured to release the support price for sugarcane growers by Saturday.

The state government will release Rs 5.23 crore as support price for sugarcane farmers, who will receive Rs 1,800 per tonne for their produce, Gawade said.

The money would be deposited in bank accounts of farmers by tomorrow, he said.

Farmers had also sought harvesting price of Rs 600 per tonne, which will be deposited later, the minister said.

There are 800 sugarcane growers in Sanguem and Quepem taluka of South Goa.

Goa produces around 30,000 metric tonnes of sugarcane annually, which was processed at state-run Sanjivani Sugar Factory till 2018, after which the facility was shut for maintenance and the produce was sent to neighbouring Karnataka for processing.

The issue of reopening of Sanjivani Sugar Factory will be taken up subsequently, the minister added.

(THE NEW INDIAN EXPRESS)
62 Days ago