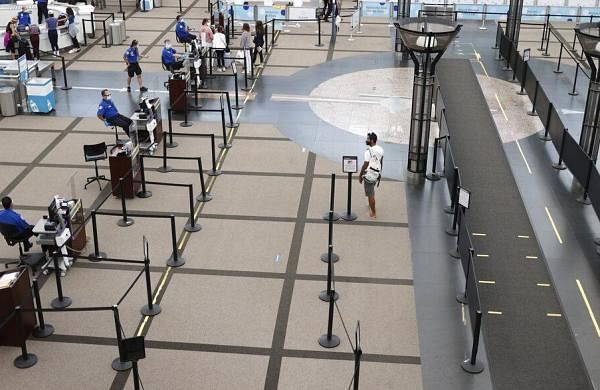 PANAJI: The Goa government will study the standard operating procedures (SOPs) adopted by states like Maharashtra to monitor people travelling from Delhi in view of the rise in COVID-19 cases in the national capital.

Speaking to reporters on Saturday, state Health Minister Vishwajit Rane said he has written to the state health secretary asking him to consult his counterpart in Maharashtra about steps taken for people arriving from Delhi.

"We don't have to take harsh steps, but we have to see what SOPs are put in place at airports. We need to see whether an additional facility is required at the airport and how people coming from Delhi can be managed," the minister said.

A workable and smoothly monitored system needs to be in place, he said.

The coastal state is preparing for the tourist season, as the Christmas and New Year festivities are just a month away.

The state government will also have to frame an SOP to monitor migrant workers who will arrive in the state after Chhath Puja, the minister said.

"We need to put an SOP in place for migrant workers so that there is no spike in infections," the minister said.

While SOPs can be introduced at the airport, the state government is still clueless about how the movement through trains can be monitored, Rane said.

The minister further said that the Central government has sought details of the isolation kit programme that was implemented by the Goa government.

(THE NEW INDIAN EXPRESS)
625 Days ago