Govt lost Rs 58,521 crore in taxes due to illicit goods in 5 industries 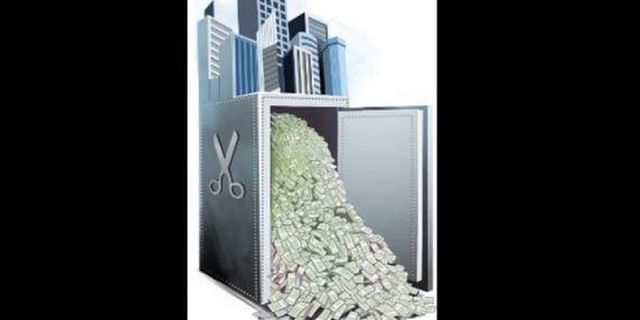 NEW DELHI: The estimated tax loss to the government due to illicit goods in five industries -- mobile phones, FMCG-household and personal goods, FMCG-packaged foods, tobacco products and alcoholic beverages -- stood at Rs 58,521 crore in the financial year (FY) 2019-20, according to a report.


According to FICCI Committee Against Smuggling and Counterfeiting Activities Destroying the Economy (CASCADE) report released on Thursday, two highly regulated and taxed industries, tobacco products and alcoholic beverages, account for nearly 49  per cent of the overall tax loss to the government even as their total size in illicit trade was much lower than the FMCG industry.

Government levies a tax of 58.14 per cent on tobacco products (excluding bidi), while the tax on alcoholic beverages, based on the analysis of 14 liquor companies and excise duty paid by them, is in the range of 64-65 per cent. Hence, tax loss due to illicit trade in these sectors is much more than in other sectors which attract taxes between 12-18 per cent.

FICCI has estimated that the size of illicit markets in five industries was Rs 2,60,094 crore for the year 2019-20, with the FMCG industry household and personal goods, and packaged foods together accounting for three-fourths of the total illicit value.

The FMCG packaged foods industry held the highest share of the illicit market at Rs 1,42,284 crore and was followed by FMCG household and personal goods at Rs 55,530 crore, alcoholic beverages at Rs 23,466 crores, tobacco products at Rs 22,930 crore, and mobile phones at Rs 15,884 crore

Anil Rajput, Chairman of FICCI CASCADE, said, “Smuggling is the deadliest form of Illicit trade. Besides causing severe damage to the exchequer, in the form of revenue loss, proliferating terrorism by allowing terror groups to get funds and impacting consumer health and safety, it leads to unemployment by exporting jobs out of the country.” (AIR NEWS)