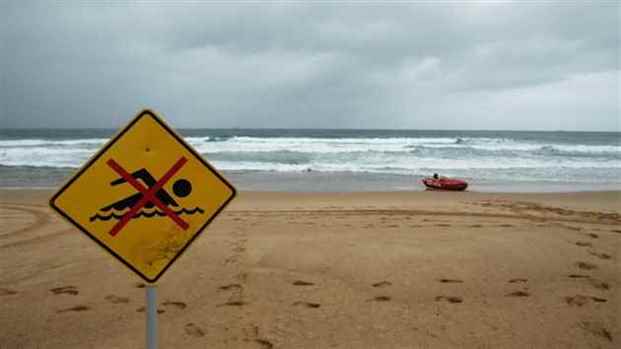 In Gujarat, Cyclone Vayu is intensifying and advancing closer towards the coast. At present, the cyclone is 340 kilometres away from Veraval and is expected to hit the coast in the next 24 hours.

As per Met Department, landfall is predicted between Porbandar and Mahuva and Veraval and Diu island which is likely to affect Bhavnagar, Amreli, Junagadh, Gir Somnath and Porbandar districts adversely.

Meanwhile, Chief Minister Vijay Rupani has appealed to the people often cyclone prone districts to evacuate from the villages along the coastline voluntarily and move to safer places immediately. He said massive evacuation of humans and cattle is necessary for the wake of the cyclone intensity revised by the met department. Mr Rupani urged the people not to wait till government teams reach them.

Local authorities have started evacuating the people from the vulnerable areas in Saurashtra and Kutch from the morning. Evacuation work is going on in full swing since today morning. The people are being shifted to around 700 cyclone and relief shelters.

CM Vijay Rupani today visited the control room in Gandhinagar to monitor the cyclonic movement and relief work. The entire coastline, starting from Kutch to south Gujarat has been put on "high .

The fishermen have been asked not to venture into the sea along and off Gujarat coast in next few days while ports have been directed to flag a danger signal. Tourists visiting Dwarka, Somnath, Sasan, Kutch have been advised to leave for safer places by today afternoon. NDRF, Indian Army, Coast Guard, BSF and other agencies have been roped in for relief and rescue work.

As a precautionary measure, airports in Porbandar, Rajkot, Keshod and Diu are being closed for civilian flight operations and commercial flights, mainly from Mumbai, are being diverted to other airports in Gujarat.

IAF helicopters fleet from South Western Air Command (SWAC) has been deployed in the cyclone-prone area with rescue equipment. Navy and Coast Guard ships sailing in the Arabian sea close to Saurashtra coastline and Bay of Kutch are put on high . Thousands of fishing boats have returned to the shore safely and fishing villages situated close to the sea are being evacuated with the help from NDRF and SDRF teams.

Security and protection level is highly d for Somnath Temple situated on Veraval coast and Jagat Mandir situated on Dwarka seashore. The state government has advised people to avoid travelling to the Saurashtra area for the next three days.

Massive stock of Food packets and potable water pouches is being generated by the state administration with the help from social service organizations and arrangements are on for last mile delivery to people.

Health teams with medicines are rushing to cyclone prone districts. More than 1500 State Transport buses are earmarked for movement of relief teams and material to affected areas. (AIR NEWS)