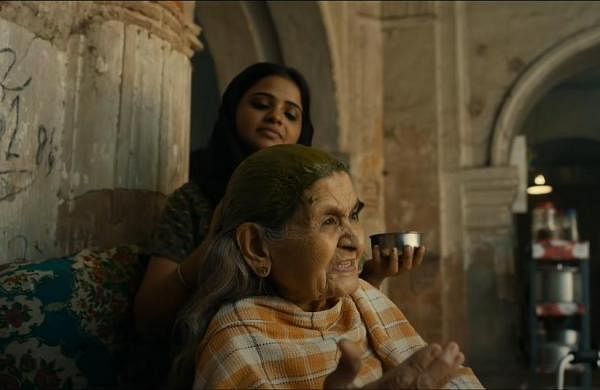 MUMBAI: Veteran actor Farrukh Jaffar, known for her stellar acting in films like Photograph, Gulabi Sitabo and Peepli Live, breathed her last on Friday, October 15, 2021, in Lucknow. She was 89.

According to her daughter Mehru Jaffar, the actor was suffering from breathlessness post which she was admitted to Sahara Hospital.

Actor Ayushmann Khurrana, who worked with veteran star Farrukh Jaffar in their recent film 'Gulabo Sitabo', paid his condolences to the late actor.

Taking to his Instagram handle, Ayushmann posted a picture of the 88-year-old actor, who played the role of Amitabh Bachchan's wife Fatima Begum in 'Gulabo Sitabo'.

Juhi Chaturvedi, the screenwriter of 'Gulabo Sitabo', also paid her tribute to 'begum' on social media.

Several fans mourned the death of the veteran star on social media.

"Very special she was, loved her Gulabo Sitabo, RIP Farrukh Jaffar," a fan wrote on his Twitter handle.

"You've mentioned 4 films as examples and all 4 are CLASSIC," another tweeted.

Actor and former radio presenter, Farrukh Jaffar was born in 1933. Having begun her career with Vividh Bharti in 1963, she made a transition into acting with the role of Rekha's mother in the 1981 film 'Umrao Jaan'.