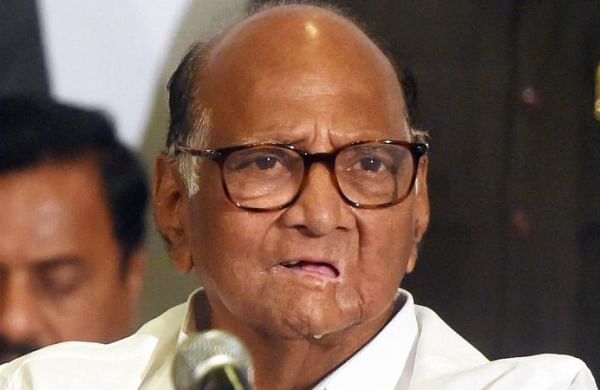 PUNE: The resurrection of controversy surrounding Varanasi's Gyanvapi mosque was a part of efforts by the BJP to divert people's attention from the issues such as inflation and unemployment, NCP chief Sharad Pawar alleged here on Saturday.

He was speaking to reporters after meeting representatives of some Brahmin organizations.

Asked about the row created by claims of `Shivling' at the Gyanvapi mosque, he said, "The ruling party is bringing up such issues purposely to divert people's attention from basic issues like inflation, unemployment and law and order.

"This is a deliberate attempt to create unrest among communities," the former Union minister added.

The community leaders were perturbed over some statements by the members of his party, Pawar told reporters after the meeting here.

"There was unrest among them due to some statements made by NCP leaders. I have held a meeting with our leaders and told them that they should not talk about other castes or communities. I have asked my party's members not to make statements about any caste or religion," he said.

Pawar also said that while some Brahmin organizations wanted more job opportunities for the community, he told them that reservation was not a solution for them as data suggests that the community is well-represented in jobs.

"They also said that reservation should not be given to anyone. However, I said that some elements must get reservation," the NCP chief said.

The Brahmin leaders also demanded the formation of Parashuram Mahamandal (corporation) for the community, Pawar said.

He told them that this issue falls under the state government's purview but promised to arrange a meeting between them and Chief Minister Uddhav Thackeray, the NCP chief added.