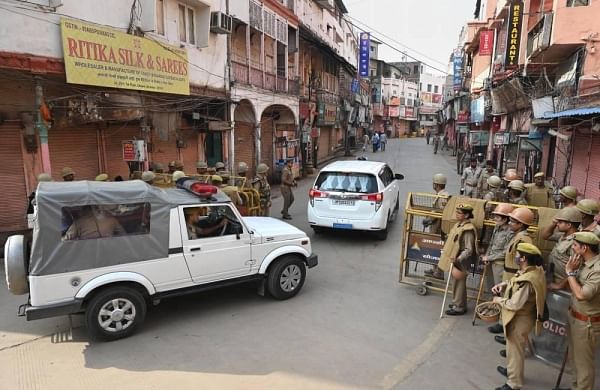 NEW DELHI The Supreme Court on Tuesday directed the District Magistrate of Varanasi to ensure protection of area inside the Gyanvapi-Shringar Gauri complex where 'Shivling' is said to be found in the survey there.

A bench comprising Justices DY Chandrachud and PS Narasimha, while hearing the plea of the Committee of Management Anjuman Intezamia Masjid, which manages the affairs of Gyanvapi mosque in Varanasi, ordered that Muslims can continue offering 'namaz' there without any impediment.

The top court, however, refused to stay the further proceedings before the civil judge, Varanasi who is hearing the lawsuit related to the Gyanvapi mosque. It issued notices to the petitioner Hindu devotees and posted the plea of the mosque committee for hearing on May 19.

Meanwhile, a Varanasi court, which had ordered the videography survey of the Gyanvapi Mosque complex, Tuesday removed advocate commissioner Ajay Mishra on grounds of non-cooperation, an official said.

Singh further said Mishra was removed on the grounds of non-cooperation.