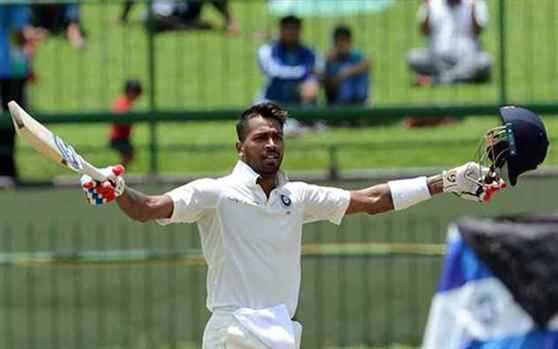 All-rounder Hardik Pandya, who will lead India for the first time during the T20I series against Ireland, on Saturday said that he has always done well whenever been given responsibilities as it makes him a better player.

Less than eight months ago, there were doubts over the future of Hardik's international career. His long-standing back injury and the effects on his bowling meant he was not an all-round option for India's white-ball sides and therefore he was also not selected for a few home series as well.

However, the 28-year old achieved bowling fitness, offered versatility with his batting roles and led IPL newbies Gujarat Titans to a title in their maiden IPL season. The star cricketer has now been handed India captaincy amid growing murmurs that he would be a worthy successor whenever the post needs a permanent candidate.

"I liked to take responsibilities before and I still like to do it now. I've always maintained that I've done well when I have been given responsibilities. Even when I was an individual and not a captain, the focus was always on taking ownership and taking my decisions, which helps me remain strong," Pandya said of his new role on the eve of the tour opener in Malahide.

Pandya also said that he doesn't want to show anything to anyone with his captaincy and just focussed on the two T20Is against Ireland, which serve as India's building blocks to the World Cup later this year.

"I'm not here to show anything to anyone. I've got an opportunity to lead India, that itself is a big thing. I don't seek or play this sport to show anything to anybody. So if I'm good enough, I'll see in the future. Otherwise, more than anything, I'm just focussing on what I can do best in this series,'' he said.

"I've always said one thing with the group, that this is a challenge to keep yourself strong mentally," he added.