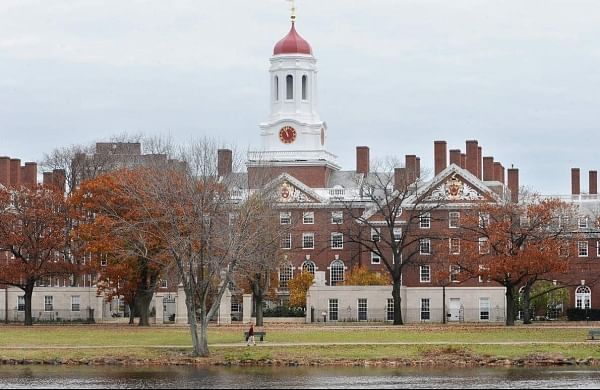 WASHINGTON: Implications of the National Register of Citizens, future of digital business in India, the youth's political re-alignment would be among the topics in focus during the 17th edition of the Harvard University's annual India Conference next month.

The students-organized seminar will be co-hosted by the Harvard Business School and the Harvard Kennedy School with the theme "20/20 Foresight" on February 15 and 16. Top scholars, economists, and elected representatives would be speakers during the conference, the event organizers said on Friday.

The discussions will be "forward-looking and shall endeavor to paint a picture of what the future of India looks like", while also strategically thinking about ways to successfully move in the direction of a progressive, cohesive, and developed society, the event organizers said on Friday.

The conversation will focus on a multitude of topics -- India's economic model, implications of the National Register of Citizens and the Citizenship Amendment Act, ease of doing digital business in India, the youth and their political re-alignment and experiences and outlook of the Muslim community.

Other business topics include the expectation versus the reality of investing in India, how to build businesses keeping in mind the next 500 million digital consumers, the journey of global technology giants being built out of India.

India's role in fighting climate change, diversity, inclusion and the changing face of activism in the country would also be a part of the conversations.