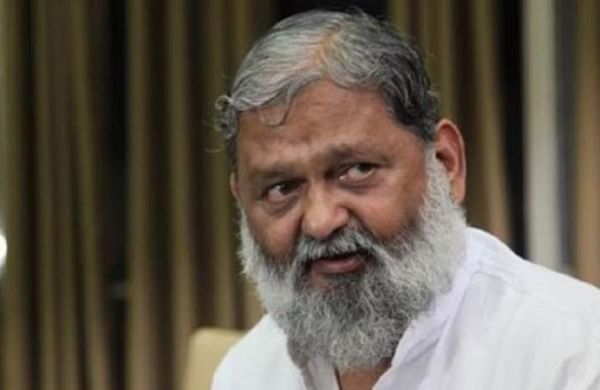 CHANDIGARH: Hardening his stance against Haryana police chief Manoj Yadava, state Home Minister Anil Vij has accused him of having no adequate command over his officers and mismanaging farmers' agitation and law and order situation in the state.

Vij has also accused DGP Yadava of being indifferent to making the Haryana State Narcotics Control Bureau (HSNCB) operational, ignoring requests for funds and staffers for it and "defeating" the state's "flagship" project to launch the anti-drug department.

The home minister made the scathing allegations against Yadava days after the Centre extended his tenure as state police chief by a year amid simmering differences between Chief Minister M L Khattar and Vij over his continuation.

Vij made the allegations in two letters -- one to the chief minister and another to the state's Additional Chief Secretary (Home) Rajiv Arora.

In a terse letter to the state ACS (Home), Vij asked the officer to seek Yadava's explanation over his "irresponsible conduct" of being indifferent to making the HSNCB operational and submit the same to him within seven days.

In his letter to the ACS (Home), Vij said the HSNCB was set up on August 25, 2020, with overall control of the DGP but Yadava has taken no interest in making it operational.

He said ADGP Shrikant Jadav, who is the chief of HSNCB, has been making requests to provide staff, vehicles and funds to make the bureau functional.

"Now on February 22, 2021, the chief of HSNCB has submitted that the bureau remains on papers only and it nowhere exists as the DGP is not taking any interest to make it functional," Vij said in his missive.

Meanwhile, sources said after the DGP was given a one-year extension early this week, Vij also wrote to Chief Minister Khattar, making scathing observations on Yadava's tenure as the state DGP.

In his letter to the CM, Vij alleged that Yadava does not have adequate command over his officers while citing the alleged "mismanagement" of farmers' agitation and law and order situation in the state under his tenure.

Yadava was granted a one-year extension as state police chief by the Centre.

Vij was in favour of the DGP's replacement after his two-year tenure ended while the CM was keen to retain him.

The Intelligence Bureau had absorbed Yadava but had sent him to his home cadre in 2019 on deputation to become the state police chief.