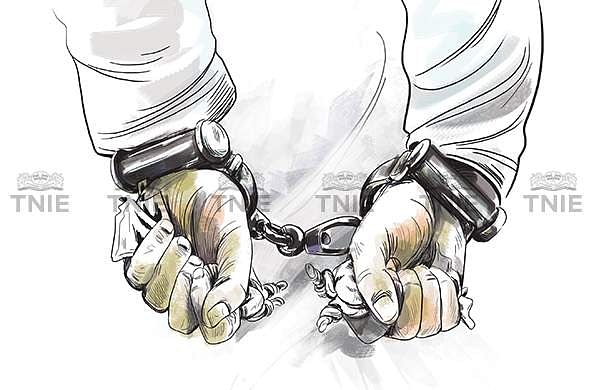 CHANDIGARH:The Haryana Police said on Wednesday it has intensified its drive against narcotics smuggling in the state resulting in the arrest of over 1,800 peddlers and seizure of 11,568 kg of illegal drugs between January and June this year.

Director General of Police Manoj Yadava said this year, the police have filed 1,343 cases till June under the Narcotic Drugs and Psychotropic Substances (NDPS) Act, in which 1,821 people were arrested on charges of peddling and possessing drugs.

"As many as 11,568 kg and 680 gram of illegal drugs were confiscated between January and June this year," he said.

The state police chief said that in a bid to prevent drug trafficking, a series of steps have been taken, which include increased inter-state cooperation for exchange of information about drug mafia.

"We have adopted a multi-pronged strategy in fighting the drug menace, as a result of which our field units, including the Special Task Force, have dismantled the potential supply of almost all types of narcotics in the state," the DGP said in a statement here.

Giving details of the seizure, the DGP said poppy husk was on the top on the list of recoveries with 8043.2-kg followed by 3,150-kg cannabis and 243-kg opium.

Also, over 10.40 lakh tablets, capsules, injections and syrups which come under the category of prohibited drugs were also seized between January and June.

The maximum 401 cases under the NDPS Act were registered in Sirsa district with the arrest of 563 accused, the state police chief said.

Similarly, 163 cases were registered in Fatehabad, 81 in Kurukshetra and 77 cases in Hisar, the DGP said, adding that the police will continue to speed up its operations against traffickers and drug cartel to save people, especially the youth from the menace.

"Additionally, we are also preventing drug abuse by raising awareness and education," he added.

In June last year, the Haryana Police had organised a meeting of top police officials of several northern states and the Union Territory of Chandigarh to evolve strategies for fighting drug abuse and trafficking.

An inter-state Drug Secretariat was established in Panchkula for coordination among police agencies of different states on the issue.