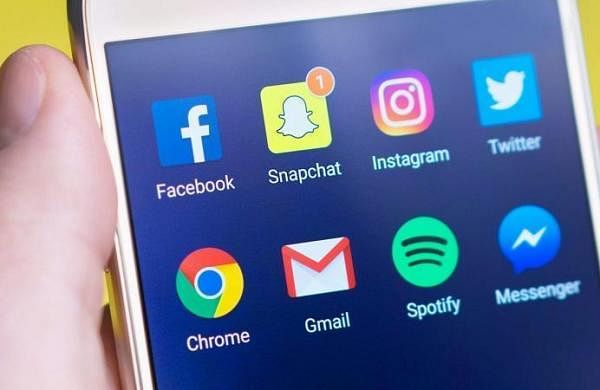 NEW DELHI: If the government has concluded that permitting use of certain social networking websites, including Facebook and Instagram, by its defence personnel is enabling enemy countries gain an edge, the courts would be loath to interfere with the decision, the Delhi High Court said on Wednesday.

It said warfare in today's world is not confined to "accession of territory" but extends to affecting the economy and "inciting civil unrest" by enemy nations.

A bench of justices Rajiv Sahai Endlaw and Asha Menon, while pronouncing the order, said, "Sorry we are dismissing.

" The high court, while considering the controversy for the stage of admission only, said other means of communication are still available to the petitioner officer and the ban was with respect to certain social networking websites only.

It dismissed the petition of Lieutenant Colonel P K Choudhary seeking a direction to the Director General of Military Intelligence to withdraw its June 6 policy by which all Indian Army personnel were ordered to delete their accounts from Facebook, Instagram and 87 other applications.

We may also notice that warfare and inter-country rivalries and animosities today are not confined to accession of territory and destruction of installations and infrastructure of enemy countries but also extend to influencing and affecting the economies and political stability of enemy country including by inciting civil unrest and disturbance and influencing the political will of the citizens of the enemy country.

In such a scenario, if the government, after complete assessment, has concluded that permitting use of certain social networking websites by personnel of its defence forces is enabling the enemy countries to gain an edge, the courts would be loath to interfere.

In the circumstances, no case for interference is made out.

The court said on perusal of the policy if it had found it to be suffering from the vice of non-application of mind of being not based on any material on record or being without proper deliberations, it would have certainly proceeded to answer the legal issue raised in the petition on the ban.

However, once we are satisfied on the aforesaid parameters and find other means of communication to be still available to the petitioner and the ban being with respect to certain social networking websites only and more so, once we have found the petitioner himself to have been posting tweets which according to the ASG are in violation of the policy earlier in force qua use of social media, we do not deem it apposite to at the instance of the petitioner to go into the questions urged.

Rather, we do not appreciate the pleadings of the petitioner as a senior officer in the Army, of army personnel being treated as slaves and the government not trusting its army, the bench said.

The court said it was evident from the records produced that the earlier advisories and directives qua conduct and behaviours of army personnel on social networking sites have not been abided by some.

The material produced shows certain army personnel to be unsuspectingly answering all kinds of questions relating to their postings and whereabouts and postings and whereabouts of others merely on being told by a person befriended on social networking sites, of a defence background and which information when collated from a number of sources can easily convey a full picture to an expert espionage eye, it noted.

The bench said even if there is any error in the authorities issuing this policy and direction, without complying with the procedure prescribed in the Army Act, considering that the issue has an element of urgency and concerns the safety and security of the entire country, we do not deem it necessary to, for the grievance of the petitioner only, render an adjudication on the questions urged and which may require us to refer to the documents and materials shown to us in confidence.

 The court said besides stating that Facebook and Twitter are more convenient, no answer was forthcoming as to why the filial and other social needs of Choudhary cannot be fulfilled by other means of communication cited by Additional Solicitor General Chetan Sharma, which are still available.

The Centre, represented by standing counsel Ajay Digpaul, had earlier told the court that the policy decision was taken as it was found that Facebook was a bug and it was infiltrating as a cyber warfare and there were so many instances of personnel being targeted.

Choudhary, who is currently posted in Jammu and Kashmir, said that he is an active user of Facebook and uses the platform to connect with his friends and family as most of them are settled abroad, including his elder daughter.

The officer had sought a direction to the Ministry of Defence to withdraw the June 6 policy to ensure that the fundamental rights of armed forces personnel are not abrogated amended or modified by arbitrary executive action which is not backed by the mandate of law, offends the provisions of the Army Act and Rules made thereunder and is unconstitutional.

The petition had alleged that the policy which bans social media platforms is illegal, arbitrary, disproportionate and violates the fundamental rights of soldiers.

(THE NEW INDIAN EXPRESS)
538 Days ago