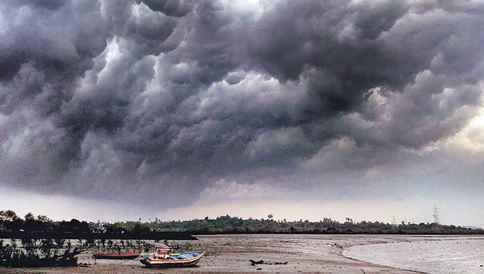 Heavy rains have created a flood-like situation in Madhya Pradesh and Rajasthan. In Madhya Pradesh, most districts of the state are experiencing incessant rain.

Financial assistance of Rs 100 crore has been given to the flood-affected districts while 325 crores Rs has been spent on relief and rescue work. On the request of State Government, the center will soon send an Inter-Ministerial Team to study loss caused by the rains.

In Rajasthan, heavy rains have created a flood-like situation in southern and eastern parts of the state. The worst affected districts include Kota, Bundi, Baran, Jhalawar and Chittor Garh. Waters from the Chambal river have inundated many villages.

All the gates of Rana Pratap Sagar Dam, Jawahar Sagar and Kota Barrage Dam have been opened. Due to a large amount of water drainage, many villages in Kota, Sawai Madhopur and Dhaulpur districts have been covered with water and the low lying areas have been flooded.

Army has been deployed to deal with any situation. Several trains of the Delhi-Mumbai railway track have been canceled and several others diverted due to waterlogging on railway tracks in Jhalawar district.