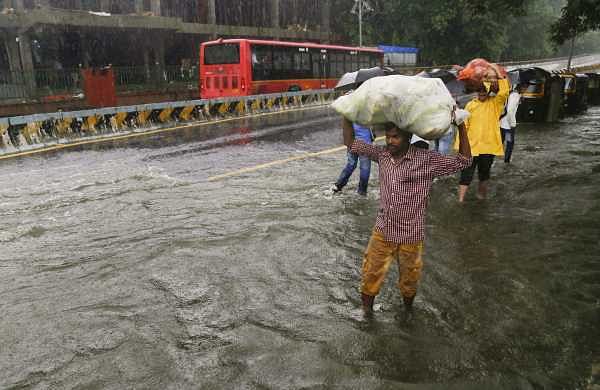 MUMBAI: The India Meteorological Department on Wednesday predicted heavy rainfall at isolated places in Mumbai and intense showers in neighbouring districts for the next 24 hours.

A brown alert of heavy to very heavy rainfall has been issued for Raigad, Nashik and Pune, an IMD official said.

Isolated places in Mumbai are likely to receive heavy rains, while neighbouring districts of Thane, Raigad and Ratnagiri will witness more intense showers for the next 24 hours, the official said.

Other parts of Maharashtra will receive light to moderate rains, he added.

Incessant showers have been pummelling Mumbai and suburban areas since Wednesday morning.

Raigad, Thane, Mumbai, Palghar and parts of South Gujarat are very likely to receive intermittent spells of rain, he added.