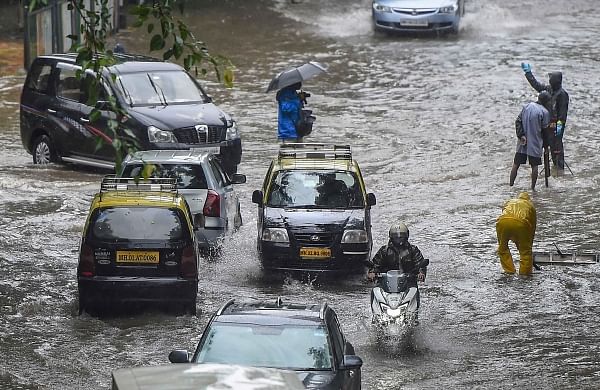 Areas like Bandra and Mahalaxmi in the city received 201 mm and 129 mm rainfall, respectively, between 8.30 am on Wednesday and 6.30 am on Thursday, IMD Mumbais Deputy Director General K S Hosalikar said.

Heavy rainfall is likely in the city on Thursday, he said.

According to the IMD, the Santacruz weather bureau, representative of Mumbais suburbs, reported 191.2 mm rainfall during the 24-hour period ending at 8.30 am on Thursday, while the Colaba weather station in South Mumbai recorded 156.4 mm rainfall in the same time span.

Rains in Mumbai throughout the night, leading to extremely heavy falls at isolated places, Hosalikar tweeted.