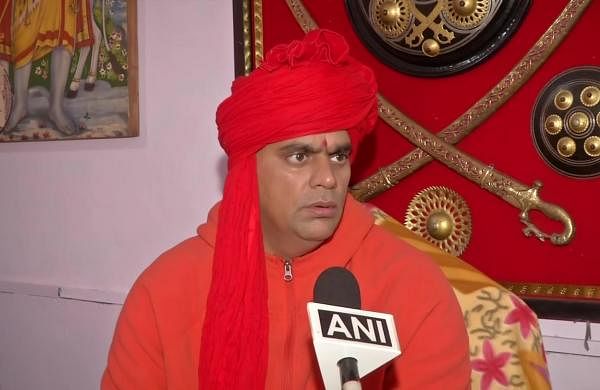 NEW DELHI: After Mamata Banerjee alleged Netaji Subhash Chandra Bose critiqued the Hindu Mahasabha on May 12, 1940, the outfit hit back at the West Bengal Chief Minister, calling her "intellectually bankrupt" and "stooping to this level to fight Modi government".

"The reality is Hindu Mahasabha and Veer Savarkar were instrumental in urging Netaji to establish the Azad Hind Fauj. We both shared a love for this nation.

Today, Mamata Banerjee is stooping so low because she has exhausted all options to fight the current dispensation (sic.).

"How dare she malign the Hindu Mahasabha of Lala Lajpat Rai?" asked Swami Chakrapani while speaking to IANS. Using the occasion of Netaji's birth anniversary, Banerjee hit out at the "Hindu Mahasabha's divisive politics".

"Netaji had opposed the Hindu Mahasabha's divisive politics. He had fought for a secular India. Now efforts are on to oust those who follow secularism," she claimed. Netaji has always been the sought-after historical figure of political appropriation.

After decades of neglect by the Congress, the BJP has usurped his legacy by inaugurating Museum after him in Red Fort, declassifying Netaji files and renaming Andaman island after him.

Now, with West Bengal Assembly elections next year, Mamata Banerjee seems eager to wrest back that legacy. But her bringing in Hindu Mahasabha in all this, which appears to be a careful decision, has the saffron outfit enraged.

(THE NEW INDIAN EXPRESS)
164 Days ago