Hitting where it hurts: With China in mind, India test fires multiple types of missiles 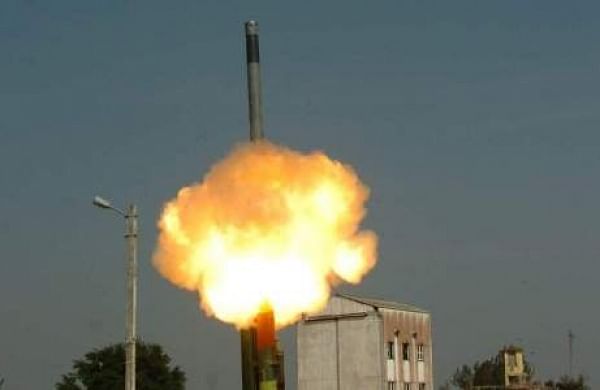 NEW DELHI: Since the month of July, India has succeeded in testing multiple missiles meant for variable strike platforms and from a different medium. Defence experts see it as a message to China which has moved its forces in standoff posture along the Ladakh borders since the month of May.

Among the wide array of missiles, Indian Army successfully launched its BrahMos supersonic cruise missile on 24 November hitting the target in the Bay of Bengal with pinpoint accuracy.

BrahMos missile -- a supersonic cruise missile with a speed of 2.8 mach is being jointly produced by India and Russia. It can be launched from submarines, ships, aircraft, or from land based platforms.

Lt Gen VK Chaturvedi (Retd), the Defence Analyst, says, “It is a message to the China that in case of any misadventure from its side Indian forces will be able to hit it in close ranges, standoff range and even deeper inside from land, water and air".

He added, "these tests also demonstrate our capability to produce complex offensive and defensive missile systems on our own. The country’s missile technology has acquired the capability of the reliable pin-pointed strike on enemy’s sensitive targets".

The BrahMos missile batteries have been deployed along with the other key assets at several strategic locations along the Line of Actual Control (LAC) with China in Ladakh and Arunachal Pradesh. BrahMos missiles are also being integrated on over 40 Sukhoi fighter jets to add to the combat capability of the force.

The DRDO successfully test-fired the Brahmos with an extended range of 400 kilometers, as per the sources.  Clarifying the quick tests of missiles Brg SK Chatterji, Defence Analyst says, “It is a show of strength to the Chinese, we will hit where it hurt.”

"The Chinese have brought in their armoured vehicles and have been showing off their missiles. This Chinese action has hastened the tests which were due. We have tested anti-tank missiles and helicopter fired tank busting missiles also," added Brg Chatterji who happens to be a gunner himself.

In October anti-radiation missile named Rudram-1 was tested from a Sukhoi-30 MKI, which is planned to be inducted into service by 2022. The missile is meant to destroy enemy radars, communication sites and similar targets thus disabling adversaries from launching surface-to-air missiles. In doing so, it exposes the enemy to attacks via relatively inexpensive short-range weapons.

The HSTDV is capable of powering missiles to attain a speed of around Mach 6 or six times the speed of sound, the officials said, adding only a very few countries like the US, Russia and China have such a capability.

The tests in these few months have also been done to spruce up the nuclear warhead delivery capability at shorter ranges. Nuclear-capable Shaurya supersonic missiles and the supersonic missile assisted release of the torpedo that targets submarines apart from test-firing the laser-guided anti-tank guided missile were tested in quick succession, just 10 days apart.

In between, the DRDO also carried out a night trial of the nuclear-capable ballistic missile Prithvi-II, the surface-to-surface missile capable of attacking targets at a range of 300 km. It is India’s first indigenous surface-to-surface strategic missile.

The terrain-hugging subsonic Nirbhay missile has been tested and can be deployed along the Ladakh border in limited numbers.

“The Shaurya missile would be next,” an official said about the new-age weapon that can carry a nuclear warhead weighing around 200 kg and flies at 2.4 km per second.