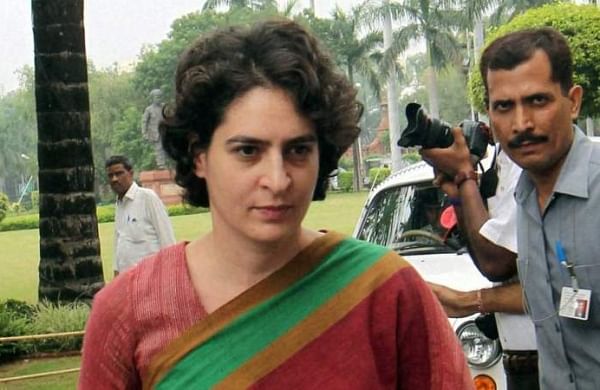 NEW DELHI: Congress leader Priyanka Gandhi Vadra on Tuesday hoped that the groundbreaking ceremony of the Ram temple in Ayodhya becomes a "marker" of national unity, brotherhood and cultural harmony.

In a statement ahead of the 'bhoomi poojan' of the Ram temple on Wednesday, she said for ages Lord Ram's character had served as a source of unity for the entire Indian sub continent.

"Ramayana has left an indelible mark on the civilization of the world and the Indian sub continent.

"Lord Ram belongs to everybody. Lord Ram wants everybody's welfare. That is why he is called 'Maryada Purshottam'," she said ahead of the grand celebrations planned in Ayodhya tomorrow.

"The groundbreaking ceremony of Ram Mandir in Ayodhya has been scheduled for August 5. Hope this event becomes a marker of national unity, brotherhood and cultural harmony in accordance with the message of Lord Ram and with his blessings," she also said in her message.