Hungry for meaty roles: Actor Sampa Mandal gets candid about her roles so far 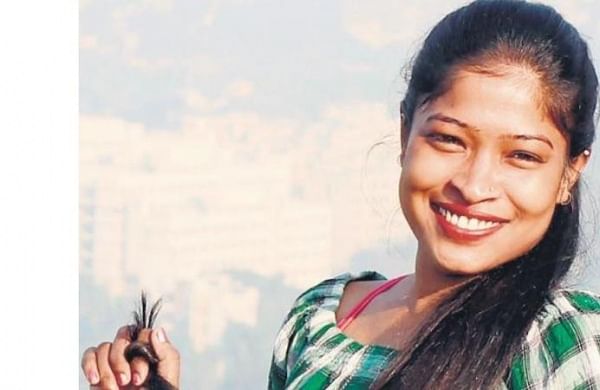 As engrossing as it was, Amit Masurkar’s Sherni often felt like overkill. Take the cast. In addition to Vidya Balan’s spirited forest officer, we got Brijendra Kala and Vijay Raaz, Mukul Chadda and Neeraj Kabi. Yet, for all the billing, it was an actor in a minor role that seemed to stand out the most. Sampa Mandal, who last impressed as the fearsome ‘Phuliya’ in Sonchiriya (2019), does an equally convincing job here. She appears as the local panchayat member who alerts Vidya to ground problems in her region. It’s not the most well-defined part, but Sampa is excellent in it.

Sampa is from Barrackpore near Kolkata. Her father is a tea stall owner; her mother passed away in 2019. Over a decade ago, Sampa joined a children’s theatre group in her city, mostly working backstage and chaperoning kids to and fro. After acting in a few plays, she was advised to apply for the National School of Drama (NSD) in Delhi—which she did and was accepted. She finished her acting diploma in 2015 and joined The Repertory, the performing wing of the institute. “It was around this time that I did my first short film,” Sampa recalls. “Sometime on, I was approached for an audition for Sonchiriya.”

There was one problem, though. The Repertory does not formally allow its actors to work outside. This meant that Sampa had to sneak away for auditions and the film’s shoot in Dholpur, Rajasthan. It was the same story during Sherni, which was shot in Balaghat in Madhya Pradesh. “I liked the role so much that I just went,” Sampa says.

Once in Balaghat, she work-shopped with the local villagers, learning their diction and understanding local problems. “Because of my skin colour, they easily let me in.” She talks candidly about her complexion and what it’s meant in her career so far. “I don’t think I get approached for these roles specifically for being dark-skinned. But it wouldn’t surprise me if I did.” Growing up, Sampa says she faced discrimination for being dark-complexioned. “It happened at home, at institutes, even to a degree at NSD. There was pressure in my family to get me married off.”

Sampa enjoys portraying ‘strong, memorable characters’. For her part in Sonchiriya, she researched about Phoolan Devi and poured over Shekhar Kapur’s seminal Bandit Queen. The latter was a strong reference point for Abhishek Chaubey’s film. For instance, Sampa’s introductory shot – where she stands atop a hill – is a neat reversal of Nirmal Pandey’s entry from the 1994 film. “While shooting, I could tell Abhishek was trying to flip the dynamic. He wanted to make Phuliya look big.”

Today, Sampa says, her father likes watching her movies. The financial burden has eased off too. “I don’t take money from home anymore,” says Sampa, whose other credits include the series All About Article 377 and the Bengali film Maxim Gorky’s Mother. She’s presently working on another short film, and will play spinner Neetu David in Shabaash Mithu. “I initially did films for monetary support. But now my hunger for good roles is growing.”