I have been blessed with better tomorrows than todays: Vikrant Massey 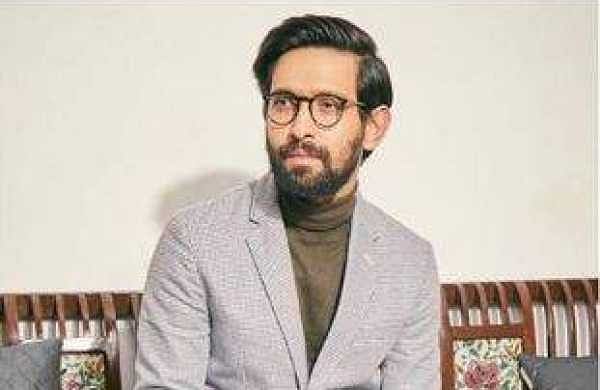 NEW DELHI: Actor Vikrant Massey says he is a man with a plan and also without one as he welcomes his destiny and whatever life has in store for him with open arms.

Massey, who began his journey on the small screen with shows such as "Dharam Veer" and "Balika Vadhu", is known for bringing a quiet intensity and sensitivity to his roles, making him one of the most versatile performers of his generation.

The actor started his journey in films with Vikramaditya Motwane's "Lootera" and has given critically-lauded performances in movies and shows such as "A Death in the Gunj", "Lipstick Under My Burkha", "Chhapaak", "Mirzapur" and most recently "Cargo".

In an interview with PTI, Massey said like many of his contemporaries, he has a plan for his career but he is not "chasing" it.

"In bits and pieces, yes (I have a plan). Nobody survives without a plan, but I'm not chasing the plan now. Now, that's the thin line. If I want to break it down, my plan is to go out there and entertain people with good performances..."But I have been here without a plan and very early in my life, I realised this thing that how can my plans be better than his plans, whoever is up there," the actor said.

Massey said his journey in life and cinema has been beautiful so far. "I have been blessed with better tomorrows than todays. In retrospect, there are days when I look back and I always believe that God has been kind. So, I haven't planned my life per se. The little things that are within my control, I try planning them but I'm someone who's very subservient towards the existence of something up there. So I would rather leave it at that because that journey has been beautiful," he said.

Massey choice of roles -- be it the kindhearted Rana in "Dil Dhadakne Do"; bullied Shutu in "A Death in the Gunj"; activist Amol in "Chhapaak" or the reluctant gangster Bublu Pandit in "Mirzapur" -- have always struck the right chord.

The actor said he makes an extra effort to get into the psyche of his characters to make them relatable for the audiences.

He stresses that there is no defined process to do what he is able to do with his characters but Massey wants people to carry the story with them when they finish watching his performances. "There is no one-size-fits-all method that I take it out of the box and apply. It depends from film to film but one of the reasons is for people to sit back and realise 'Oh, you know what? This guy and the characters that he plays are relatable, sincere and intense'," he said.

"It's something that you want to take home with you and probably sit back and discuss with a few friends. That is the true success, according to me. I aspire to do that, not that I have already achieved it...It's a continuous process...You're failing, you're succeeding and getting to know yourself more with time," Massey added.

At 33, the actor said that he has a long road ahead of him and he doesn't want to overburden himself with expectations. "I want to commit mistakes and learn from my mistakes. I want to evolve as a person, and grow from strength to strength," he added.

For the future, Massey, however, has one aspiration -- to play a role that explores the darker aspects of his personality. "I'm looking for the day when I get to play an antagonist as close to Langda Tyagi (Saif Ali Khan's character from 'Omkara'). It will also sort of give me a chance to tap other areas of my being as an actor that I haven't come face to face yet. I would love to do that. And then, there are so many more there. Also simultaneously, without taking the credit away from whoever is writing my destiny, the other parts that I would like to play, I'm doing some of them too," he added.

Massey most recently featured in two Netflix movies -- "Dolly Kitty Aur Woh Chamakte Sitare" and "Cargo". He completes the hat-trick with another feature for the streamer, "Ginny Weds Sunny" that is essentially his first romantic comedy as a male lead.

The actor, who stars opposite Yami Gautam in the movie, said the film was a "breather" from his intense roles. "I was actually looking forward to doing something like this. Something as light as 'Ginny Weds Sunny' because after 'A Death in the Gunj' and 'Lipstick...' and all the other things that I was doing simultaneously, I was really looking for a breather at work space. "I had been doing pretty challenging, borderline morose and intense stuff. So I wanted to do something like this, and this felt like the right script at that time," Massey said.

The actor is happy that the film, written by Navjot Gulati and Sumit Arora and directed by Puneet Khanna, has been received well by the viewers.

"I think it was destined to be this way. With this pandemic, the last seven months have been so difficult for most of the people out and so to have an out-and-out, easy breezy family entertainer is good for them. There have been so many messages appreciating the movie and video of people watching the film with their families. So, I'm glad you know that I took this call," Massey said.