I have left CM's bungalow, not my determination, says Uddhav in address 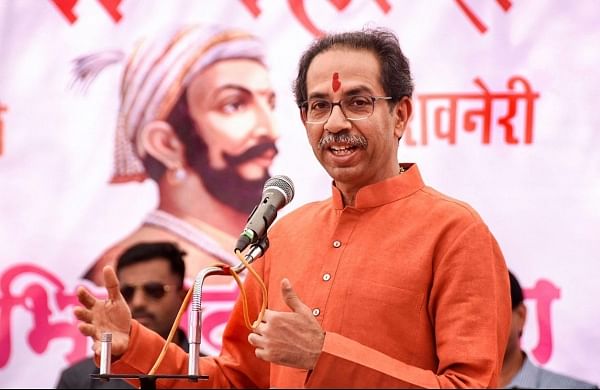 MUMBAI: Shiv Sena president and Maharashtra Chief Minister Uddhav Thackeray on Friday reached out to the functionaries of his party, which is currently battling a rebellion, and sought to allay fears surrounding the survival of his political outfit and the MVA government.

The Sena has been witnessing the rebellion within the party after Eknath Shinde broke away and formed a rebel group with the support of several legislators.

Shinde is currently camping with at least 38 rebel MLAs of the Sena and 10 independents in Guwahati. He has claimed that the faction led by him is the "real Shiv Sena".

In his virtual address to the party's district unit chiefs and 'sampark pramukhs' assembled at the Shiv Sena Bhavan at Dadar in central Mumbai, CM Thackeray said he may have vacated the chief minister's official residence, but his determination is intact.

"Despite the rebellions that the party has faced earlier, it came to power twice. I may have left 'Varsha', the chief minister's official residence, but not my determination," he said.

Thackeray added that in the last two-and-a-half years, he battled the Covid 19 pandemic as well as his own ill-health, but opponents took advantage of this situation.

Shiv Sena leader and minister Aaditya Thackeray was present at the Shiv Sena Bhavan during the chief minister's address. In the wake of the revolt by Shinde, CM Thackeray had on Wednesday night vacated his official residence in south Mumbai and moved to family home in suburban Bandra.