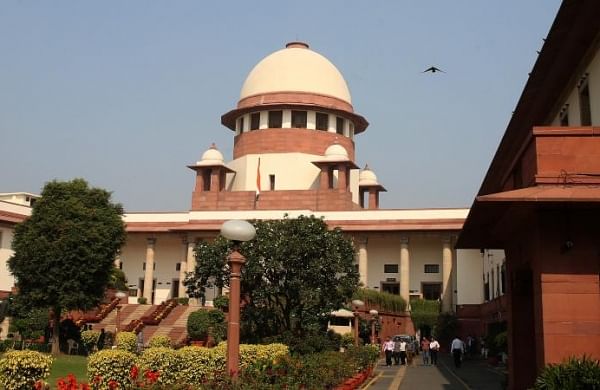 NEW DELHI: Selections to public employment should be on the basis of merit and appointing people with lesser merit ignoring those who have secured more marks would be in violation of the Constitution, the Supreme Court has said.

A bench of Justices L Nageswara Rao and Indira Banerjee made the observation while upholding an order of Jharkhand High Court which allowed appointment of 43 persons for post of Police Sub-Inspectors on the basis of their merit after authorities prepared a revised select list correcting the irregularities.

An advertisement was issued for the appointment to the posts of Police Sub-Inspectors, Attendants (Sergeant) and Company Commanders by the Home Department of the Government of Jharkhand in 2008.

The final result was published and 382 candidates were selected but later a High-Level Committee was constituted by the state government to examine the irregularities in the selection process.

Unsuccessful candidates filed petitions in the High Court of Jharkhand at Ranchi.

During the pendency of the petitions in the high court, the appointments of 42 candidates made on the basis of the original select list were cancelled.

As many as 43 people were appointed on the basis of the revised select list that was prepared in accordance with the recommendations of the Committee headed by the Director-General of Police, Jharkhand.

The high court had observed that 43 petitioners cannot be held responsible for the irregularities committed by the authorities in the matter of their selection and there is no allegation of fraud or misrepresentation on their part.

The top court rejected the plea filed by some intervenors saying that they have no right for appointment to posts beyond those advertised.

"There is no doubt that selections to public employment should be on the basis of merit. Appointment of persons with lesser merit ignoring those who have secured more marks would be in violation of the Articles 14 and 16 of the Constitution of India," the bench said in last week's judgment.

It said that relief granted to 43 petitioners is mainly on the ground that they have already been appointed and have served the State for some time and they cannot be punished for no fault of theirs.

"The intervenors are not similarly situated to them and they cannot seek the same relief.

The other ground taken by the intervenors in the petitions before us is that relief was denied to them only on the basis of a wrong statement made on behalf of the State Government that there were no vacancies.

"No doubt, the intervenors have placed on record material to show that there was no shortage of vacancies for their appointment.

"One of the reasons given by the High Court for not granting relief to the intervenors is lack of vacancies. However, we are not inclined to direct appointment of the intervenors as selections pertain to an advertisement issued in 2008," the bench said.