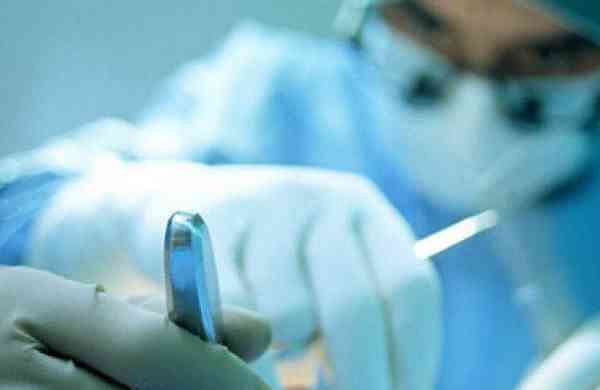 NEW DELHI: The IMA on Thursday announced a pan-India relay hunger strike of doctors starting February 1, in protest against a notification issued by the Central Council of Indian Medicine (CCIM) that authorises post-graduate practitioners in specified streams of Ayurveda to perform general surgical procedures, stating that it will lead to "mixopathy".

The Indian Medical Association (IMA) is giving immediate directives to all members across the country to launch the "Save Healthcare India Movement", the doctors' body said in a statement.

Under the campaign, the IMA will launch a massive awareness drive across the country as this is a clear threat to the safety of healthcare of people.

Doctors will take turns to sit on the hunger strike 24x7 from February 1 and the IMA will release posters and banners to raise awareness on the issue across the country, the statement said.

"All IMA members shall update their Members of Parliament and MLAs regarding the true picture of the notification and the integration policy. The IMA will also give its representations to all state governments. Under this movement, all NGOs will be updated about the core issues," it added.

Besides, all IMA members will write and convey their feelings to the prime minister, the association said.

Representatives of the IMA shall visit various places across the country to raise awareness among the public and apprise various associations from different countries of this "unscientific" notification, it said, adding that the global voice of modern medicine shall echo the feelings of the Indian Medical Association and its members.

The IMA has condemned the notification issued by the CCIM, a statutory body under the AYUSH Ministry, authorising post-graduate practitioners in specified streams of Ayurveda to be trained to perform surgical procedures such as excisions of benign tumours, amputation of gangrene, nasal and cataract operations.

The doctors' body further said the recent policy tilt, as evidenced in the medical pluralism advocated by the National Education Policy 2020 and the four committees of NITI AAYOG for officially integrating the systems of medicine in medical education, practice, public health and administration as well as research ostensibly for a "One Nation, One System" policy, will "ring the death knell of all systems of medicine as a whole".

"The IMA respects all streams of healthcare. We object mixing of the streams as it is unsafe and unscientific. One doctor cannot give all systems of medicine to one patient. Mixing the Pathies and providing substandard healthcare is definitely wrong."

"The IMA demands withdrawal of the CCIM order and dissolution of the NITI AAYOG committees for integration. The IMA appeals to the government to consider the sensitivity of the medical fraternity and take appropriate steps. The IMA will be constrained to intensify the agitation until the steps towards implementing mixopathy are abandoned," it said.