In a first, Jharkhand to launch mobile-app based ambulance service 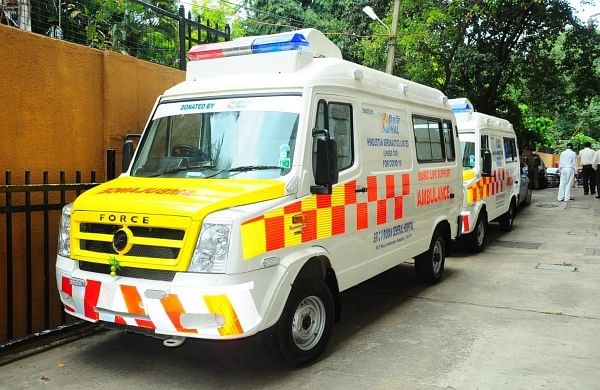 RANCHI: In a first of its kind initiative to ensure hassle-free health service for the poor and needy, the Jharkhand government will soon launch a free app-based ambulance service. Health officials said that the project named “Jeevan Doot 108 Emergency Medical Ambulance Seva” will be launched on the lines of app-based cab aggregators like Uber and Ola.

A person will have to download the app from Google Play Store as in the case of Ola and Uber and log in using the mobile number and OTP for registration to avail the services of “Jeevan Doot 108 Emergency Medical Ambulance Seva”.

Additional Chief Secretary (Health) Arun Kumar Singh said that Jharkhand is likely to become the first state to roll out a free app-based ambulance service in the country. “Through this app, poor and needy people of the state could be provided free ambulance service as per their convenience. In addition to that, if they provide us with Aadhaar details, we can also arrange treatment for them in private hospitals under Ayushman Bharat Scheme,” he said.  It will be of great help for the people as the app has an additional feature for a doctor consultation, so that the hospitals, where he is being brought, could be alerted in advance to make adequate arrangements. A green corridor can be made to bypass a traffic snarl if required, he added.

Project Director at Jharkhand State AIDS Control Society Bhuvnesh Pratap Singh, who is also associated with the project, said that in the first phase they would roll out the nearly 350 ambulances under the 108 emergency services. “We already have GPS equipped 108 ambulances and online platform has already been prepared for the project -- “Jeevan Doot 108 Emergency Medical Ambulance Seva”. One will have to book ambulance as it is done in case of Ola and Uber in the State,” said Bhuvnesh Pratap Singh. Singh further added that urban, as well as rural areas, will be covered under the service.

“In the second phase it will be integrated along with the ambulances under the Mamta Vahan project, bike ambulances and also private ambulances in the final phase,” said JSACS project director.

Explaining the modalities, Singh said that the mobile application will be linked to the existing 108 toll-free number operated by the Jharkhand Emergency Medical Ambulance Service. “To avail the services, one would have to download the app from the Google Play Store as in the case of Ola and Uber and log in using the mobile number and OTP for registration. The app will detect the location of the caller using GPS and the call centre would call the individual seeking details about the patient’s health condition and direct the nearest ambulance to reach the spot,” said Singh.

The caller can track the location of the ambulance and also call the ambulance driver and guide him to the location, he added. Using the app, one can also get the list of all the blood banks and pharmacy shops along with their location.