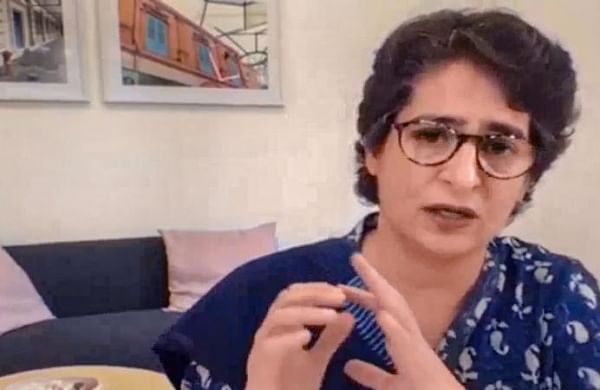 NEW DELHI: Hitting out at the BJP government in Uttar Pradesh over the issue of crime against women, Congress leader Priyanka Gandhi Vadra on Wednesday said that in "'jungle raj' women's safety is in God's hands".

The Congress general secretary alleged that such crimes are being committed against women in Uttar Pradesh which would make "one's soul tremble", but the government is "sleeping".

"In Mathura, goons who had been harassing a girl for a year entered her house and threw her from the terrace.

A girl, troubled over being teased, ended her own life in Hamirpur," she said in a tweet in Hindi.

"In jungle raj, the safety of women is in God's hands," Priyanka Gandhi added.

Her attack on the government came after three men barged into the house of a 17-year-old girl on Tuesday and allegedly threw her off the second floor of the building.

The girl is battling for life in a hospital.

The district police has lodged an FIR in the case and arrested two of the three accused.