In Punjab, lockdown to continue in containment zones till July 31 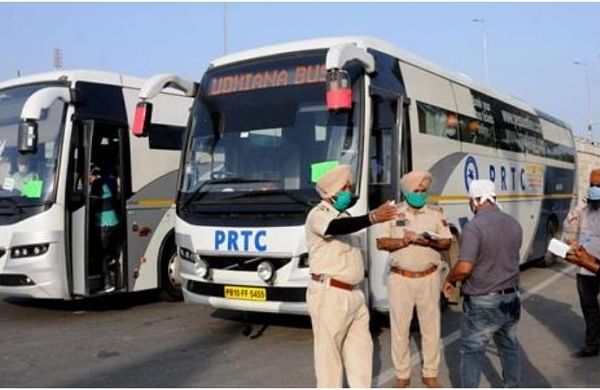 CHANDIGARH: In Punjab lockdown will continue to remain in force in containment zones till July 31 and such zones would be demarcated by the district authorities as per the guidelines of the Union Ministry of Health and Family Welfare (MoHFW). Educational and coaching institutions would remain shut during this period.

The Punjab government today issued guidelines for a phased reopening for 'Unlock 2' - July 1 to 30 and decided to reopen activities in a calibrated manner in areas outside the containment zones.

A state government official said that only essential activities shall be permitted in the containment zones.

The district authorities may accordingly take requisite action in containment and buffer zones as per guidelines of MoHFW, and the Punjab Health and Family Welfare department.

He stated that the movement of individuals for all the non-essential activities would remain prohibited between 10 pm to 5 am throughout the State. However, essential activities including operation of multiple shifts, movement of persons and goods on national and state highways and unloading of cargo and travel of persons to their destinations after disembarking from buses, trains and aeroplanes would be permitted.

The district authorities are accordingly directed to issue prohibitory orders under section 144 of Cr.PC and ensure strict compliance, he added.

He said that under these detailed guidelines the state government has allowed the district authorities to impose such restrictions as deemed necessary in areas outside the containment zones.

However, there shall be no restriction on inter-state and intra-state movement of persons and goods including those for cross land-border trade under treaties with neighbouring countries. No separate permission or e-permit will be required for such movements, he added.

He added that activities which would be prohibited include: metro rail, cinema halls, gymnasiums, swimming pools, entertainment parks, theatres, bars, auditoriums, assembly halls among others. He added that international air travel of passengers would also be prohibited, except as permitted by MHA.

Apart from this, social, political, sports, academic, cultural, religious functions and other large congregations would also remain prohibited. All other activities shall be permitted in areas outside containment zones.

He said that schools, colleges, educational and coaching institutions would remain closed till July 31.

Online and distance learning shall continue to be permitted and be encouraged. Training institutions of the central and state governments would be allowed to function from July 15 for which standard operating procedures (SOP) would be issued by the Department of Personnel and Training (DoPT).