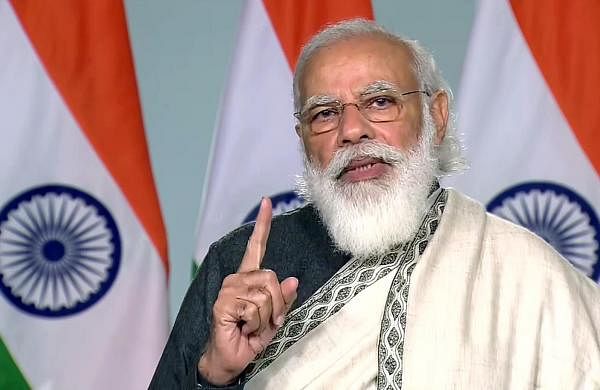 NEW DELHI: The nation observed the 12th anniversary of the 26/11 terror attack in Mumbai on Thursday and Prime Minister Narendra Modi said India cannot ever forget the attack planned by Pakistan.

He also clarified that the country has now been "combating terrorism with new policy and new method".

Noting that the day is associated with the biggest terrorist attack on the country when in 2008 terrorists sent by Pakistan attacked Mumbai leaving many Indians, as well as foreigners dead, the Prime Minister said he pays his respect to all those killed in that attack.

"India cannot forget Mumbai attack. Today's India is facing terrorism with new strategy and new polity. I praise those security officers who have been playing major role in securing the country," the Prime Minister said while addressing the concluding session of 80th All India Presiding Officers Conference via video conferencing in Kevadia, Gujarat.

Paying homage to security forces and police personnel who lost their lives in the Mumbai attack, the Prime Minister asserted that India's security scenario has changed from previous years.

A series of terrorist attacks took place on November 26, 2008 in Mumbai when 10 Lashkar-e-Taiba terrorists carried out 12 coordinated shooting and bombing lasting four days killing 166 people and injuring over 300.

In these gruesome attacks, nine terrorists were killed and the lone survivor, Ajmal Kasab, caught and was sentenced to death at Yerwada Central Jail in Pune in 2012. On November 11, 2012, Kasab was hanged in Yerawada Jail in Pune.