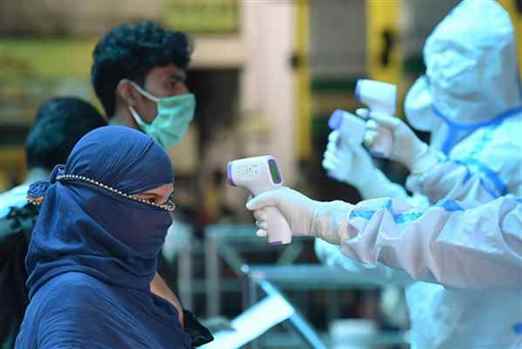 NEW DELHI: Ahead of the festival season, India has detected a highly infectious Omicron variant BF.7, said to be behind the recent surge in Covid-19 cases in China, the US and other European countries.

Officials said the first case of BF.7, described as ‘Omicron spawn,’ has been detected by the Gujarat Biotechnology Research centre.

The variant, BA.5.2.1.7 or BF.7 for short, is a spinoff of the Omicron subvariant BA.5, which is currently the dominant SARS-CoV-2 variant in the US and other countries.

“We are continuing to monitor the situation to see whether this variant turns out to be more virulent and could lead to a fresh surge in India,” an official told The New Indian Express.

The new variant, which swept through China less than a week after it was first identified in Northwest China’s Inner Mongolia Autonomous Region, was highly infectious and showed greater transmissibility. After the new variant was detected on October 4, China announced fresh lockdowns and travel restrictions.

Officials said they also monitor the number of hospitalisations and deaths in the country.

“So far, there is nothing to worry about, but people must continue to follow Covid appropriate behaviour ahead of the festival time,” the official added.

India is consistently reporting 2,000 Covid cases, said NC Krishnaprasad, a Covid data analyst from Kerala, adding that certain states like Kerala, Maharashtra, Karnataka, and Tamil Nadu, have shown a hike in cases in the past few weeks.

The World Health Organisation (WHO) has also warned about the new variant.

According to Rajeev Jayadevan, co-chairman of the National Indian Medical Association (IMA) Covid-19 task force, “BF.7 is the name given to a great-grandson of BA.5, which is a major sub-lineage or descendant of Omicron.”

“These are called immune escape variants, which means they can infect people who had been vaccinated or past infected,” he added.

He said with the festive season approaching, people must follow standard precautions, the most important of which is to keep masks, including indoor masking, on while meeting strangers in crowded indoor settings.

“Elderly and people with severe medical conditions are advised to stay away from such gatherings, as even an Omicron infection is known to destabilise them, leading to severe disease and bad outcomes. India has achieved a high degree of adult vaccination coverage which has, along with immunity due to natural infection, provided a large degree of protection so far."

He said that Covid is still evolving, and the world will see different waves. “Covid is not yet over,” he added.

The Omicron variant and its sub-variants are famous for their immunity-escaping properties. The new variant has not only spread fast in Belgium but has been reported in Germany, France, Denmark and UK, apart from the US.

The UK Health Security Agency (UKHSA) has also described BF.7 as the most concerning variant and has shown a positive growth rate compared to the BA.5 variant.

Experts said that, as with most newer variants of concern, this new variant seems more transmissible than Omicron and other Omicron subvariant that appeared before it. Though, the severity of the disease the new variant will cause is still not known.

New Omicron variant BF.7 has been detected in India. It is described as an Omicron spawn
The new variant has immunity-escaping properties
The new variant swept through many provinces of China after it was first detected in the Inner Mongolia Autonomous Region.
China had to announce fresh lockdown and travel restrictions
BF.7 has also been detected in the US, UK, Belgium, Germany, France and other European countries
Experts have advised caution as we are approaching festival time, suggest following Covid-appropriate behaviour (THE NEW INDIAN EXPRESS)