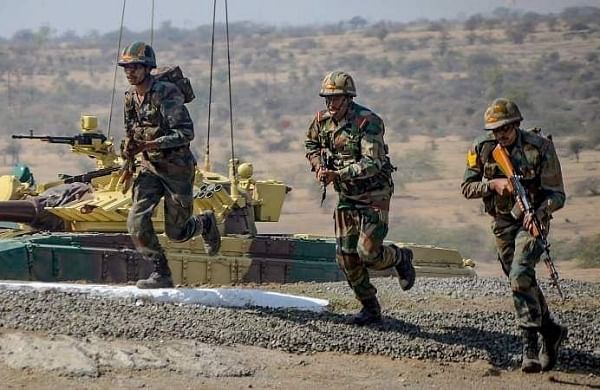 MISAMARI: India has significantly cranked up its day and night surveillance at the Line of Actual Control (LAC) in the Arunachal Pradesh sector using a fleet of remotely piloted aircraft and other assets as part of a broad strategy to strengthen overall military preparedness to deal with any Chinese misadventure, people familiar with the developments said on Sunday.

As tensions boiled over between the two countries following the Galwan Valley clashes last year, India ramped up its overall deployment along the nearly 3,400-km-long LAC besides speeding up infrastructure development to gain a tactical advantage.

The people cited above said a sizeable fleet of Israeli-made Heron medium-altitude long-endurance drones is carrying out round-the-clock surveillance over the LAC in the mountainous terrain and sending crucial data and images to command and control centres.

ALSO REA: Our leaders will routinely travel to Arunachal Pradesh as they do to any other state - India tells China

Along with the drones, the Indian Army's aviation wing has also been deploying the Weapon System Integrated (WSI) variant of the Advanced Light Helicopter Rudra in the region, adding more teeth to its tactical missions in the region, they said.

In an expansion of its aviation wing in the region, the Army has come out with an independent aviation brigade in the region this year to bolster its overall operational preparedness in the sensitive region, they said.

They said though the Heron drones were first deployed in the region around four-five years back, now the integration of surveillance has been significantly enhanced under the 'sensor to shooter' concept to employ military forces at short notice for any possible operational objectives.

The deployment of the WSI version of the ALH helicopters has also provided the Army an added advantage to carry out various missions in the high-altitude areas.

Asked about the weapons package of the ALH helicopters, they refused to divulge the details but said it is one of the best and would be very effective against the adversary.

"Overall, our day and night surveillance capability has seen massive upgrades since last year and we are in a much better position to deal with any eventualities in the region," said one of the people cited above.

The Indian Army is also procuring a fleet of Heron TP drones on lease from Israel that are capable of operating for nearly 45 hours at an altitude of up to 35,000 feet.

The Heron TP drones are equipped with automatic taxi-takeoff and landing (ATOL) and satellite communication (SATCOM) systems for an extended range.

They said additional roads, bridges and railway infrastructure are being built in the Arunachal sector considering their strategic requirement in the wake of evolving security dynamics in the region.

The government is also working on connecting Tawang with a railway network as part of the decision to enhance infrastructure in the region.

The people cited above also said that infrastructure at almost all airfields along the LAC including the Advanced Landing Grounds (ALGs) was enhanced as per operational requirements.

The eastern Ladakh border standoff between the Indian and Chinese militaries erupted on May 5 last year following a violent clash in the Pangong lake areas and both sides gradually enhanced their deployment by rushing in tens of thousands of soldiers as well as heavy weaponry.

As a result of a series of military and diplomatic talks, the two sides completed the disengagement process in the Gogra area in August and in the north and south banks of the Pangong lake in February.

However, the last round of military talks on October 10 ended in a stalemate.