India hits out at OHCHR for baseless comments on J-K 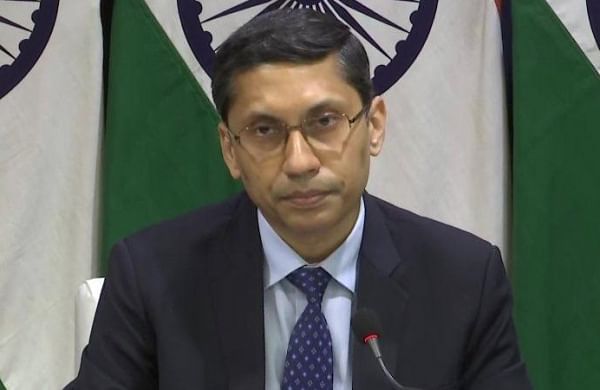 NEW DELHI: India on Thursday hit out at the UN human rights body for its "baseless" allegations against it over the arrest of an activist in Jammu and Kashmir, and asserted that the comments "betray" a complete lack of understanding of the security challenges in the region in view of cross-border terrorism.

Arindam Bagchi, the spokesperson in the Ministry of External Affairs (MEA), said authorities in India act against violations of law and not against legitimate exercise of rights.

Bagchi's comments came in response to a statement made by the Spokesperson of the Office of the High Commissioner for Human Rights (OHCHR) over the arrest of Kashmiri rights activist Khurram Parvez.

"We have seen the statement made by the spokesperson of the Office of the High Commissioner for Human Rights (OHCHR) on specific incidents in Jammu and Kashmir.

The statement makes baseless and unfounded allegations against law enforcement authorities and security forces of India," he said.

On Wednesday, OHCHR spokesperson Rupert Colville expressed deep concern over the arrest of Parvez and even called for "prompt, thorough, transparent" investigations" into the recent incidents of killings of civilians in J and K.

"We are deeply concerned at the arrest of Kashmiri human rights defender Khurram Parvez under Indian counter-terrorism legislation, the Unlawful Activities Prevention Act (UAPA)," Colville said in a statement.

Rejecting the comments by the UN official, Bagchi said as a democratic country, with an abiding commitment to promote and protect the human rights of its citizens, India takes all necessary steps to counter cross-border terrorism.

"It also betrays a complete lack of understanding on the part of the OHCHR of the security challenges faced by India from cross-border terrorism and its impact on the most fundamental human right, 'the right to life' of our citizens including in Jammu and Kashmir," he said.

"Referring to proscribed terrorist organisations as 'armed groups' demonstrates a clear bias on the part of OHCHR," the MEA spokesperson said.

Bagchi said national security legislations, like the Unlawful Activities (Prevention) Act, 1967 (UAPA) were enacted by Parliament to protect the sovereignty of India and ensure the security of its citizens.

"The arrest and subsequent detention of the individual referred to in the statement was done entirely as per provisions of law," he said.

"Authorities in India act against violations of law and not against legitimate exercise of rights. All such actions are strictly in accordance with the law," the MEA spokesperson added.

(THE NEW INDIAN EXPRESS)
309 Days ago