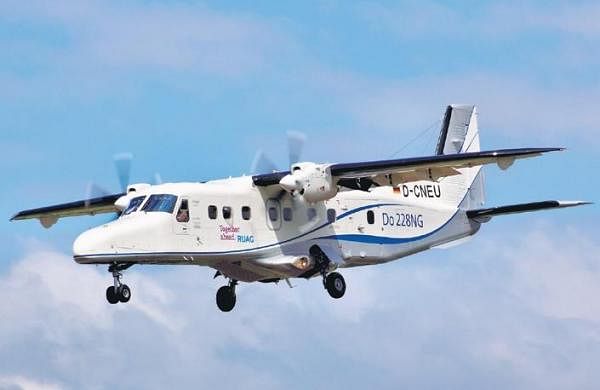 NEW DELHI: India is likely to hand over a Dornier 228 military aircraft to Sri Lanka within the next few days. Sources say it could be as early as August 15 when India celebrates its 75th Independence Day.

These aircraft are at present being used for reconnaissance missions by the Navy and this would be a part of the Line of Credit (LoC) that India has extended to Sri Lanka.

The Dornier, a twin-engine aircraft, is being used by the Indian Navy, Coast Guard and Indian Air Force.

Manufactured by Hindustan Aeronautics Ltd, it is licenced by Swiss company RUAG.

There were talks of giving Sri Lanka two Dornier aircraft and the cost of this would be adjusted in the LOC extended by India to Sri Lanka. India has provided $3.8 billion to Sri Lanka in financial aid so far.

Meanwhile, Sri Lanka has been able to defer the Chinese surveillance vessel Yuan Wang 5 from docking at Hambantota port, much to the dismay of the Chinese who are accusing India of being behind the move.

India on Friday rejected China’s “insinuations” that New Delhi pressured Colombo against a planned visit by a Chinese research vessel to the Sri Lankan port of Hambantota but asserted that it will take decisions based on its security concerns.

External Affairs Ministry spokesperson Arindam Bagchi said Sri Lanka, as a sovereign country, makes its own independent decisions and noted that India would make its judgment on its security concerns based on the prevailing situation in the region, especially in the border areas, seen as a veiled reference to the eastern Ladakh row.

Chinese ballistic missile and satellite tracking ship Yuan Wang 5 was scheduled to dock at Hambantota port from August 11 to 17, but reports from Sri Lanka said it has not berthed as planned.

“We reject the insinuations in the statement about India. Sri Lanka is a sovereign country and makes its own independent decisions,” Bagchi said when asked about the issue at a media briefing.

In a veiled reference to India, Chinese foreign ministry spokesman Wang Wenbin on Monday said it was “senseless” to pressure Sri Lanka to prevent the ship’s visit to Hambantota.