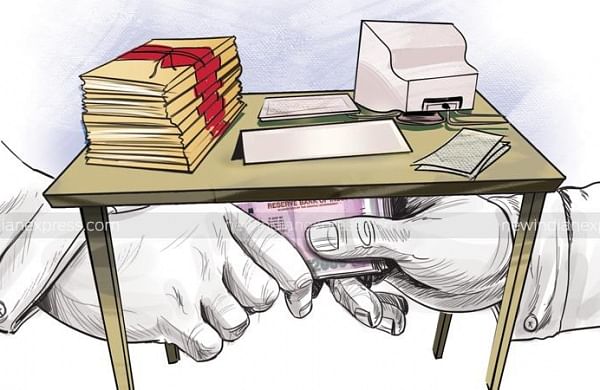 NEW DELHI: India's rank improved one place to 85 among 180 countries in a corruption perception index (CPI) of 2021, according to a new report by Transparency International which, however, raised concern over the country's democratic status.

The index, which ranks 180 countries and territories by their perceived levels of public sector corruption according to experts and business people, uses a scale of 0 to 100, where 0 is highly corrupt and 100 is very clean.

Among those with weak scores are some of the world's most populous countries such as China (45) and India (40), and other large economies such as Indonesia (38), Pakistan (28) and Bangladesh (26), the report by the anti-corruption watchdog said.

Except Bhutan, all of India's neighbours are ranked below it.

Pakistan dropped 16 spots in the index and was ranked at 140.

Calling the case of India particularly worrying, the report released on Tuesday said while the country's score has remained stagnant over the past decade, some of the mechanisms that could help reign in corruption are weakening.

"There are concerns over the country's democratic status, as fundamental freedoms and institutional checks and balances decay."

"Journalists and activists are particularly at risk and have been victims of attacks by the police, political militants, criminal gangs and corrupt local officials," the report based on the index said.

The report further alleged that civil society organisations that speak up against the government have been targeted with security, defamation, sedition, hate speech and contempt-of-court charges, and with regulations on foreign funding.

"A concerning trend across some of these nations (with weak scores) is a weakening of anti-corruption institutions or, in some cases, absence of an agency to coordinate action against corruption," it said.

Denmark, Finland, New Zealand and Norway topped the list with the highest score.

While corruption takes vastly different forms from country to country, this year's scores reveal that all regions of the globe are at a standstill when it comes to fighting public sector corruption.

At the top of the CPI, countries in Western Europe and the European Union continue to wrestle with transparency and accountability in their response to COVID-19, threatening the region's clean image.

Even historically high-performing countries are showing signs of decline, the report said.

(THE NEW INDIAN EXPRESS)
118 Days ago