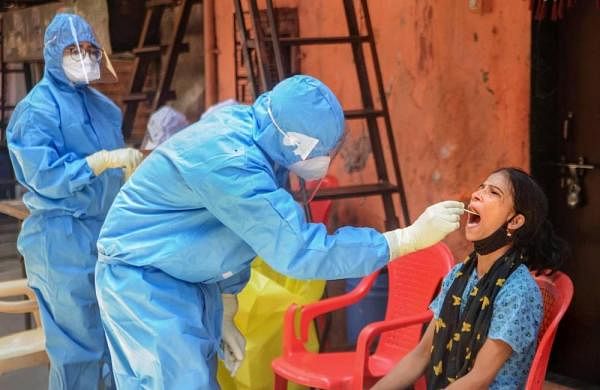 NEW DELHI: India recorded the highest overnight spike in both Covid-19 cases and deaths on Saturday morning with 7,964 new cases and 265 deaths within a 24 hour period.

The total confirmed cases in the country now stands at 1,73,763 while the number of deceased has reached 4,971.

In terms of case fatality rate, the trend, however, has remained constant and the country as of now has a CFR of 2.86 per cent, which is substantially lower than the global average.

A massive spike in the death figure is particularly worrisome as the number of Covid-19 deaths every day had been hovering between 140-170 for the last several days.

Sources in the health ministry however pointed out that the spike in deaths — the majority of whom were reported from Maharashtra and Delhi - is mainly a result of Delhi assigning 80 deaths that have happened over last few weeks to Covid-19 on Friday.

Of the deaths confirmed overnight, the highest 116 were from Maharashtra alone which now has a staggering 62,228 cases. In the state, a total of 2,098 people have succumbed to the infection so far.

Delhi registered 82 more deaths within a day taking the tally to 398. The capital has the highest death per million in India which is nearly 20.

The third-highest number of deaths, 20, were reported from Gujarat which now has 15,934 confirmed cases.

What can be counted as some solace however is the fact that the infection recovery rate in India has now reached 47 per cent with 11,264 patients declared cured since Friday morning. A total of 82,370 patients have now recovered from the infection in the country.

Also, the number of total active cases which was over 89,000 a day before has come down by nearly 3,000 for the first time since the cases started surging in India. But officials conceded it is because Maharashtra released cumulative data on Covid-19 patients who have been discharged from the hospitals.