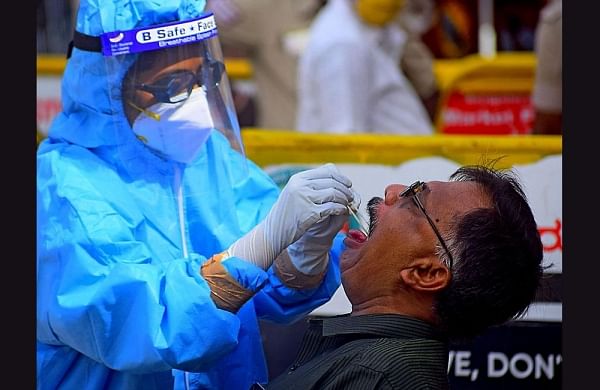 NEW DELHI: Active Covid-19 cases in India have been growing dramatically for last five days, reversing the reassuring pattern of decline that started in November-end.  But, in the absence of data from the genomic surveillance exercise that began two months back, it remains a mystery whether the pandemic’s re-emergence in several states is simply due to human factors such as life is getting back to “near normal” or because of new strains of SARS CoV-2.

India had 1,33,079 active cases on February 11 — the lowest since June 9, 2020 — which has grown to 1,47,156 on February 21, marking an increase of over 10.5 per cent within 10 days. Even more worryingly, India registered a growth of 4,486 active cases on Sunday over the previous day — the highest since November 25. As on Monday, active cases are growing at the rate of 0.8 per cent after registering negative growth on most days over the last 10 weeks.

According to data, while over 74% of the active cases are in Kerala and Maharashtra, there has been a spike in the daily cases in Chhattisgarh and Madhya Pradesh, too. Punjab and Jammu & Kashmir are also witnessing a surge in daily new cases, show figures.

In Punjab, the weekly positivity rate in the last four weeks has increased from 1.4% to 1.6% while weekly cases in the same period have seen a rise from 1,300 to 1,682. Some experts pointed out it might be “naïve” to think that India will escape the second wave. “Look at the surges in Maharashtra, Punjab, Kerala, Uttarakhand.

There may even be a new Indian variant about which not much is known. Surges are likely to hit the rest of the country too,” said Arvinder Singh Soin, senior herpetologist in Medanta Hospital in Gurugram.

Vinod Scaria, a scientist with CSIR-Institute of Genomics and Integrative Biology who has been involved in genome sequencing of SARS CoV-2 in Kerala, however, said while so far there is no evidence of mutant virus triggering the spike in cases, details from other states need to be studied to draw a conclusion.