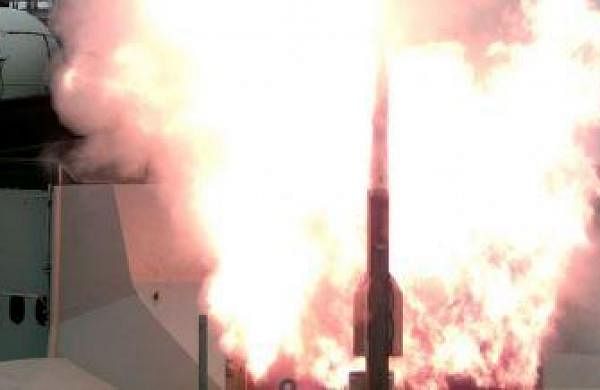 The flight path of the missile along with health parameters were monitored using a number of tracking instruments deployed by the Integrated Test Range (ITR) at Chandipur. The test launch was monitored by senior officials from DRDO and Indian Navy.

Secretary of Department of Defence Research and Development and DRDO Chairman Dr G Satheesh Reddy complimented the teams involved in the successful flight test and said that the test has proved the integration of indigenous weapon system onboard Indian Naval Ships. Once deployed, the VL-SRSAM system will prove to be a force multiplier for the Navy, he said.

The next generation all-weather air defence missile system can provide point and area defence against various aerial targets like jets, fighter aircraft, unmanned aerial vehicles. The canister-based state of art weapon system can identify, track, engage and destroy the target with high kill probability. It has a strike range of about 40 km.

The launches were monitored by senior scientists from various DRDO labs involved in the design and development of the system and senior naval officials.  Chief of Naval Staff Admiral R Hari Kumar, who witnessed the trial, said that the development of this indigenous missile system will further strengthen the defensive capabilities of Indian Navy.

Defence Minister Rajnath Singh congratulated DRDO and Navy on the successful trials and stated that the system added an armour that will further enhance defence capability of Indian Naval Ships against aerial threats.