India to assume the Presidency of the G20 for one year 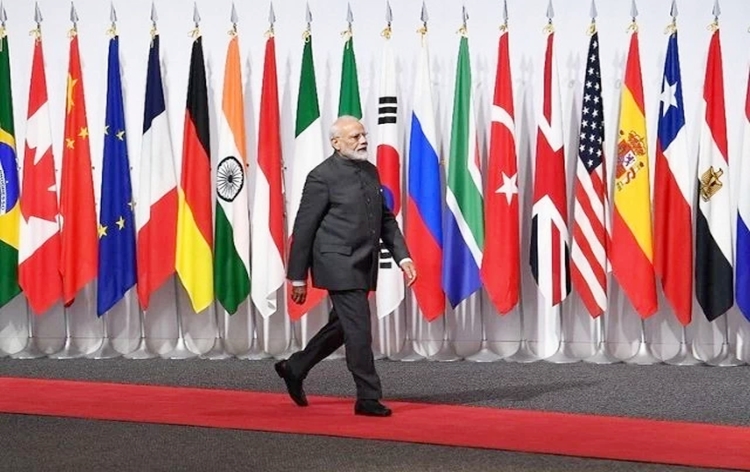 India will assume the Presidency of the G20 for one year from tomorrow to till 30 November next year. During the course of its Presidency, India will be holding about 200 meetings in 32 different sectors in multiple locations across the country. The G20 Summit to be held next year would be one of the highest-profile international gatherings to be hosted by India.

The G20 Logo draws inspiration from the vibrant colours of India’s national flag - saffron, white and green, and blue. It juxtaposes planet Earth with the lotus, India’s national flower that reflects growth amid challenges. The Earth reflects India’s pro-planet approach to life, one in perfect harmony with nature. Below the G20 logo is “Bharat”, written in the Devanagari script.

The theme of India’s G20 Presidency - Vasudhaiva Kutumbakam or One Earth One Family One Future - is drawn from the ancient Sanskrit text of the Maha Upanishad. Essentially, the theme affirms the value of all life - human, animal, plant, and microorganisms and their interconnectedness on the planet Earth and in the wider universe.