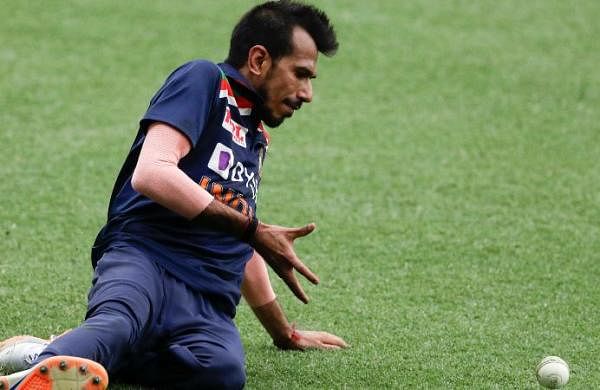 CANBERRA: Yuzvendra Chahal on Friday replaced Ravindra Jadeja as a concussion substitute in the Indian team after the latter was hit on the helmet in the first T20 International against Australia here.

Before Jadeja was hit by a Mitchell Starc bouncer in the final over of the Indian innings, he was seen limping while running between the wickets.

Yuzvendra Chahal will take the field in the 2nd innings as a concussion substitute.

Jadeja is currently being assessed by the BCCI Medical Team," read a BCCI post on its Twitter handle.

After being hit on the helmet, Jadeja seemed fine and walked back to the dressing room.

Australia head coach Justin Langer was seen having an animated conversation with match referee David Boon on the sidelines but it was not known whether it had anything to with the decision to allow Chahal as a concussion substitute.

Carrying on from his match-winning effort in third ODI, Jadeja came to India's rescue again with an unbeaten 44 off 23 balls to take his team to a fighting 161 for seven.

In July last year, the International Cricket Council had allowed like for like concussion substitutes in case a player got hit on the head.