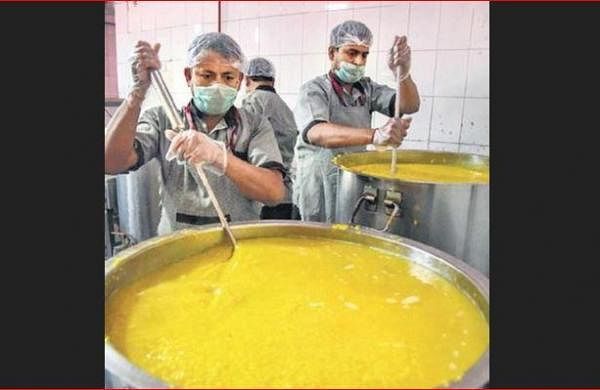 NEW DELHI: With the migrant crisis looming large following the 21-day lockdown announced by PM Narendra Modi, the Indian Railways is stepping up to provide food to the homeless and the needy. The catering arm of the railways, the Indian Railways Catering and Tourism Development Corporation (IRCTC), is supplying free meals through its base kitchens in various zones.

Officials said 13 of the 24 base kitchens of IRCTC have been converted into nodal points for distribution of food to the needy.Keeping in view environmental concerns, the IRCTC is taking up bulk production of food and serving them to people in paper plates. According to data from IRCTC, over 11,000 meals have been served across various railway zones of the country, as of March 28.

Officials said IRCTC is taking up distribution of meals in collaboration with the Railway Protection Force. “Social distancing norms are being followed during food distribution,” an official said. IRCTC is also preparing to meet higher demand of food for the poor during the lockdown.