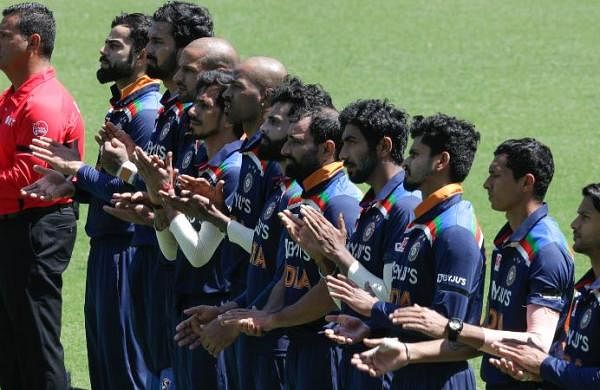 SYDNEY: Former England skipper Michael Vaughan has said that India's body language was "defensive" and bowling ordinary while praising Australia for their "outstanding" performance in the first ODI, being played at the Sydney Cricket Ground.

"India's over rate is appalling ... !!! Body language defensive ... fielding is my standard (shocking) ... Bowling ordinary !!! Aussies on the other hand have been outstanding ... Long tour for India me thinks ... #AUSvIND @FoxCricket @cricbuzz !!!," Vaughan tweeted.

In another tweet, he wrote: "This Indian ODI team is to (too) old school for me .... Just 5 bowling options & the batting isn't deep enough !!! #AUSvsIND."

Opting to bat first after winning the toss, Australia put up an enthralling performance as the hosts set India a mammoth target of 375. Australia skipper Aaron Finch and Steve Smith played knocks of 114 and 105 runs respectively.

India's performance with the ball was not up to the mark. Also, during Australia's innings, Yuzvendra Chahal registered an unwanted record as he became the Indian spinner to concede most runs in an ODI.

Chahal gave away 89 runs in his 10 overs against Australia. Interestingly, the spinner broke his own record of conceding 88 runs in an ODI. Chahal had conceded the most number of runs by an Indian bowler in a World Cup match against England in 2019.

Vaughan even went on to say that Australia will "convincingly" defeat India in all formats.

India's chase did not start well as they lost skipper Virat Kohli for just 21 while youngsters Shreyas Iyer (2) and KL Rahul (12) failed to rise to the challenge.