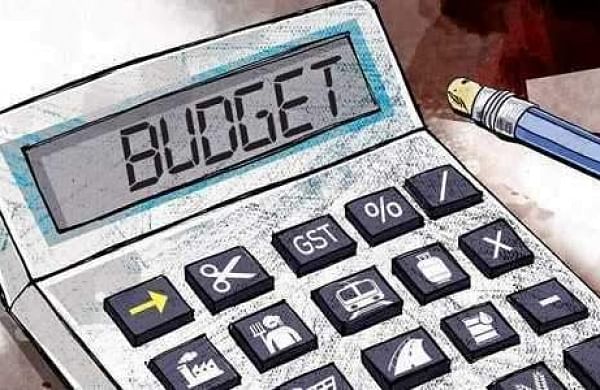 NEW DELHI: Asserting that the economic recovery of India post-COVID is strong and widespread across all segments, the Bharatiya Janata Party (BJP) on Thursday said that Union Budget 2021 will be a game-changer with a focus on areas that have not received full support.

This comes a day ahead of the Budget Session of the Parliament. The Union Budget will be presented on February 1.

Addressing a press conference here at the party headquarters, BJP spokesperson Gopal Krishna Agarwal said that the Modi government has been walking on the path of strong reforms.

"PM Modi does not believe in maintaining the status quo and he has decided to bring in transformative changes. Since 2014 he has started schemes like Jan Dhan Yojana and PM Kalyan Yojana for the benefit of the citizens of the country. Good economics is good politics - is the motto of Prime Minister Narendra Modi," he said.

"Budget 2021 will be a game-changer and will focus on areas that have not received full support. We are going to identify such areas that need further support. We are working towards a resurgent India and Atmanirbhar Bharat," he added.

"RBI in its report has written that 'After a winter of discontent, we are moving towards a glorious summer.' The IMF's report that shows India's growth rate at 11.5 per cent is also a strong indicator. The report also suggests that India will continue to hold its tag of the world's fastest-growing major economy. The PMI data for 3 consecutive months has shown expansion in manufacturing. IIP figures on eight core sectors show healthy growth. Labour force participation, too, in the post-COVID era, has seen 85 per cent recovery in mobility," he said.

"The GST collections have crossed Rs 1 lakh crore in the last 3 months. Credit growth has increased by over 7 per cent. Govt expenditure has crossed 248 per cent. The central government has continued spending hugely on infrastructure, social security, and welfare. Agriculture has shown a growth of 3.4 per cent," he added. (ANI)