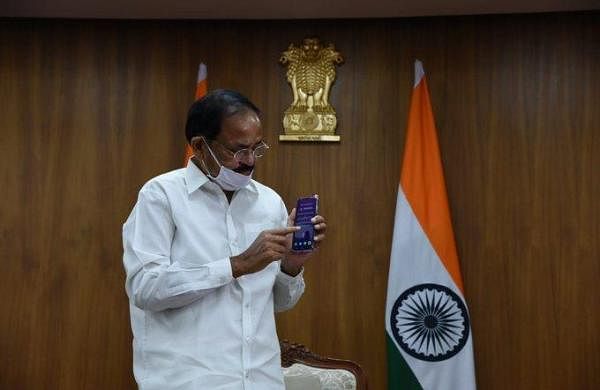 Under Gurudev Sri Sri Ravi Shankar, more than 1,000 IT professionals came together to create the homegrown application. This app is being seen as a massive boost to Indian startups and a major push towards 'Make in India' initiative.

Flagging off the app, the Vice President said this is a step towards 'Atma Nirbhar Bharat' and said the youth must be encouraged to come up with Indian alternatives for most of the widely used foreign apps.

Elyments is available in eight languages including Tamil, Telugu, Kannada and English. Venkiah Naidu suggested that ultimately it must be made available in all the languages, so people from across the country
can make use of it.

The team members of Elyments said the app has been created with user's privacy as priority. They stressed that the data of users is stored in India and user's data will never be shared with a third party without
the user's explicit consent.

"The credit goes to the young team that came out with this app. A few months ago when I asked them how long it will take to create such an app, they told me at least two years. When I told them I wanted it by
Guru Purnima, they were shocked. But, somehow we have managed to launch it on the day of Guru Purnima. That is the power of youth. They can make the impossible possible," said Sri Sri Ravi Shankar at the launch.

Elyments already has over two lakh downloads and is available on both IOS and Android platforms.