Infirmities within the multilateral system of the UN might lead to its loss of relevance: Rajnath Singh 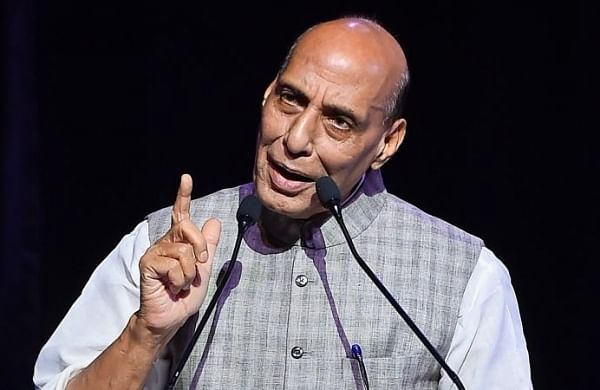 NEW DELHI: Stressing on the comprehensive reform of United Nations' structure, Defence Minister Rajnath Singh on Tuesday pointed to “the infirmities within the multilateral system” of the United Nations and said it might lead to its loss of relevance.

The United Nations has given us a platform for global progress in a number of areas, but clearly there is a crisis of confidence today in the UN system, said Rajnath Singh addressing the plenary session of Moscow Conference on International Security-2022 virtually.

“While the UN has addressed most of these issues somewhat partially and intermittently, our collective effort has nonetheless fallen short in providing effective and enduring solutions, particularly due to the infirmities within the multilateral system” Rajnath added.

Talking about democratization of the UN he said that its relevance will be lost without it. It can deliver effective solutions only if it gives a voice to the entire world rather than zealously guarding the status quo.

“This worrying shortcoming of the UN system is manifestation of its structural inadequacy.  Without comprehensive reforms of UN structure and without democratisation in decision-making, the UN might progressively lose its effectiveness and relevance.” Rajnath Singh said.

India has been a pioneer in UN Peacekeeping since its inception, having deployed more than a quarter million troops, in as many as 49 UN Peacekeeping Missions. Even at present more than 5,500 personnel are deployed across 9 missions.

He said, major powers' refusal to change United Nations institutions in tune with time, ignores the emerging geo-political realities, economic and technological progress that has happened since 1945.

Rajnath Singh stressed that the Council must be made more representative of developing countries “if it is to continue to engender trust and confidence in its ability to provide leadership to the entire world”.