Inflation may fall to 5.2 per cent next fiscal on normal rains, ease in supplies sans shocks: RBI 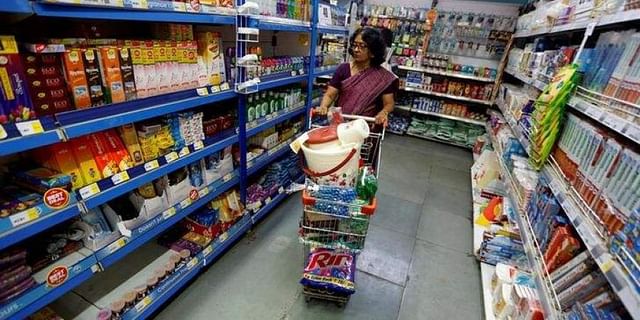 NEW DELHI: Persistently high inflation remains a key policy concern for the Reserve Bank, which has raised rates aggressively so far this year, but the pressure might ease next fiscal assuming normal rains and further normalisation of global supply chains without any exogenous shocks, according to an RBI report.

The Reserve Bank of India (RBI) expects retail inflation to come under control at 5.2 per cent in the next financial year beginning April, down from 6.7 per cent it has forecast for the current year.

"For 2023-24, assuming a normal monsoon, a progressive normalisation of supply chains, and no further exogenous or policy shocks, structural model estimates indicate that inflation will average 5.2 per cent," RBI said in its 'Monetary Policy Report September 2022'.

The central bank is mandated to keep retail inflation in a range of 2-6 per cent.

However, inflation has been above the RBI's upper tolerance level since January 2022 mainly due to adverse supply shocks amid geopolitical tensions arising out of the Russia-Ukraine war since late February.

Both countries are key suppliers of foodgrains, edible oil, fertilisers and energy resources such as crude oil and natural gas.

Even as inflation has eased from its April peak of 7.8 per cent, it remains at unacceptably high levels, the central bank said in the report.

On Friday, the Reserve Bank hiked the key repo rate by 0.50 per cent to 5.90 per cent to bring inflation under control.

During the May-August period of this fiscal, it raised the policy repo rate by 140 basis points or 1.4 per cent.

The six-member Monetary Policy Committee (MPC) of the RBI met four times during April-September 2022, including an off-cycle meeting in May, in the backdrop of a sharp jump in global commodity prices and uncertainties around the pace of monetary policy normalisation globally.

RBI Governor Shaktikanta Das, while announcing the policy, said the world already witnessed two major shocks of the pandemic and the Ukrainian situation over the last two-and-a-half years and a third shock comes in the form of aggressive monetary policy actions by central banks globally.

The RBI projects the inflation to remain above the upper tolerance level of 6 per cent through the first three quarters of 2022-23 (till December) and expects it to come under control from January 2023 onwards.

For the January-March quarter of 2022-23, it has projected the retail inflation to average 5.8 per cent and further down to 5 per cent in the April-June 2023-24 period.

Even as the forecast for the next fiscal looks soothing, upside risks remain on a host of factors such as further ratcheting up of geopolitical tensions, higher crude and commodity prices, longer than expected supply chain disruptions and escalation in global financial market volatility due to aggressive monetary policy actions.

Shortfall in domestic kharif crop output, unseasonal rains or firming up demand may also add up to the upside risks.

"The downside risks could arise from an early resolution of geopolitical tensions," the RBI report said.

Further correction in global commodity prices due to slowing global demand, and improvement in supply conditions with the ebbing of the pandemic will help in bringing down inflation.

According to the International Monetary Fund (IMF), global economic growth is expected to slow down to 3.2 per cent in 2022 from 6.1 per cent in 2021, while the outlook is "gloomy and more uncertain" with risks tilted to the downside.

On the other hand, it expects global consumer price inflation to peak at 8.3 per cent this calendar year, as against 4.7 per cent in 2021.

The RBI has cut India's GDP growth forecast for this fiscal year to 7 per cent from its earlier projection of 7.2 per cent. (THE NEW INDIAN EXPRESS)