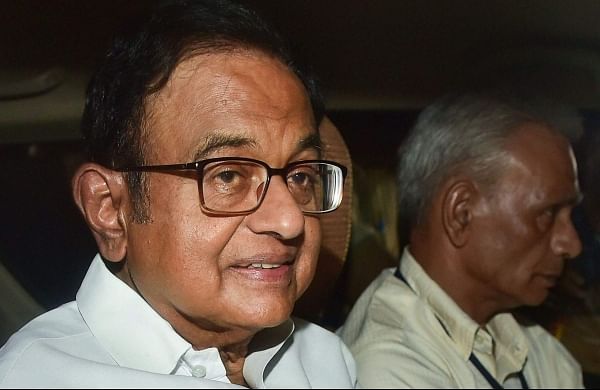 Special Judge Ajay Kumar Kuhar passed the order on a plea filed by the agency.

In its plea, the ED had sought permission to quiz Chidambaram, who is currently in Tihar jail, from 10 am to 1 pm and 2:30 pm to 4 pm on both days, saying that some documents have to be shown to him.

The court had earlier extended his judicial custody till November 27. The high court had dismissed the 74-year old senior Congress leader's bail plea in the ED case, saying prima facie allegations against him were serious and he played an "active and key role" in the offence.

It had said that the entire community is aggrieved if offenders, who ruin the economy of the State, are not brought to books.

Chidambaram had sought bail in the high court, saying as the evidence is documentary and in the custody of probe agencies, he cannot tamper with it. The ED had opposed his plea on the ground that he has tried to influence and threaten witnesses.

Chidambaram was first arrested by the Central Bureau of Investigation (CBI) on August 21 in the INX Media corruption case and was granted bail by the Supreme Court on October 22.

He was arrested by the ED in the money laundering case on October 16 and is in judicial custody till November 27 under the order of a trial court.

The CBI registered its case on May 15, 2017, alleging irregularities in a Foreign Investment Promotion Board (FIPB) clearance granted to the INX Media group for receiving overseas funds of Rs 305 crore in 2007, during Chidambaram's tenure as finance minister.

Thereafter, the ED lodged a money-laundering case in this regard in 2017.