IPL Final: 'Titans' of Gujarat brace up for 'Royal' fight from Rajasthan's rockstars 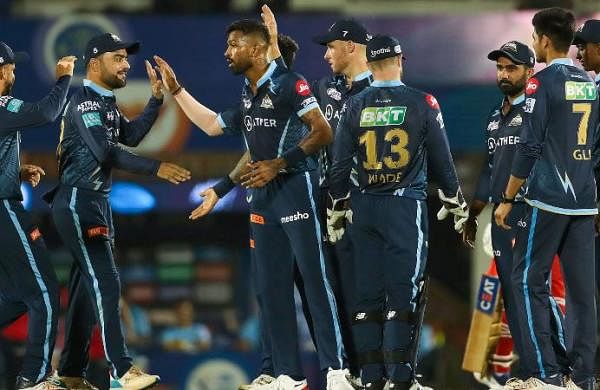 AHMEDABAD: Two leaders, who are minefields of talent in their own right, one team that has made a mockery of all betting odds and the other trying to complete a cycle that started 15 summers back, IPL final between Gujarat Titans and Rajasthan Royals is about this and much more.

When IPL started over two months back, nobody would have believed that two captains walking out for toss in the title clash will be Hardik Pandya and Sanju Samson.

'Remember the Titans', a 2000 Hollywood film headlined by Denzel Washington is considered one of the best sports films on the proverbial underdog story, which always has a capital.

It is not known if Titans skipper Hardik has watched it but for him and head coach Ashish Nehra, this journey of two months has been nothing short of spectacular.

They have made a lot of people eat a humble pie because many, including experts, termed them a team of no-hopers post-auction.

A team that looked like a rag-tag outfit with only a few good players like David Miller, considered past their sell-by date, or one-match wonders like Rahul Tewatia, it didn't really look good on paper.

But then you wouldn't call cricket a "game of glorious uncertainties" if everything would be decided on paper.

A fit-again Hardik took to leadership like fish takes to water and showed the way with his performances and the reason why he will always be an asset for Indian cricket.

Miller, who played his best cricket at least five years back, showed his 2.0 version that stunned one and all. Tewatia showed that those five sixes in Sharjah wasn't a mere flash in the pan. Rashid Khan knew that he would be read well, so he became all the more parsimonious.

Wriddhiman Saha after Rahul Dravid's hard-talk had reached a dead-end in his career but got a new lease of life and at least one more season to look forward to.

Gujarat as a state has not been known for its sporting exploits.

It produced players like Parthiv Patel or one of India's greatest ever pacers in Jasprit Bumrah but just like Tamil Nadu never had an emotional connect with a team before CSK appeared in the horizon, same is the case with Gujarat.

Come Sunday, expect a partisan and vociferous crowd to chant "Aava De" and that's the impact that Titans have had on their fans.

History will always throw examples that sporting teams bind a community and perhaps Titans can strike that chord with the Gujaratis.

For Titans, if this is about carving a niche in-front of home crowd, Rajasthan would like to do it for someone, who would be watching up from the stars.

Shane Warne -- Rajasthan's forever first Royal had used the IPL stage in its inception year to show the Australian cricket establishment what Ian Chappell had always maintained: "Shane Warne was the best captain Australia never had".

With the Ravindra Jadejas, Dinesh Salunkhes, Swapnil Asnodkars and Niraj Patels, Warne had guided the tournament's then cheapest team to victory.

Thirteen summers have gone but there is no Warne in flesh and blood to watch his beloved team complete a cycle of life and sport.

Sanju is perhaps one of those rare Indian cricketers, who has a massive fan following despite not having played even 20 international matches for the country. In terms of talent quotient, there is little to choose between Sanju and Hardik.

Sanju's batting like a pendulum swinging between heroism and insanity.

One ball, he can audaciously flick Kagiso Rabada or a Josh Hazlewood for a six and the next delivery could be an atrocious shot that would make his biggest supporter tear his hair in frustration. But captaincy has made him explore a different aspect -- the skills of a manager.

It is not easy to lead a pack that has bonafide stars like Ravichandran Ashwin, Yuzvendra Chahal, Jos Buttler, Trent Boult along with young guns Yashasvi Jaiswal or Prasidh Krishna but Sanju has handled it well.

It will be one hell of a battle where Buttler with 800-plus runs will not only fight a Lockie Ferguson or a Yash Dayal but also withstand crowd pressure: about 1,11,000 fans would be cheering for the hosts.

Similarly, Shubman Gill would like to own the big stage and show what he can do when the canvas is as large as the IPL final.

Prasidh Krishna is a handful when his team bowls first but how will he react against a rampaging Miller if he has to defend in a tense situation? What will be Hardik's tactic against a wily Chahal and an experimental Ashwin during the middle overs? Or will Buttler take risks against a Rashid Khan? We will get all those answers in the next 24 hours.