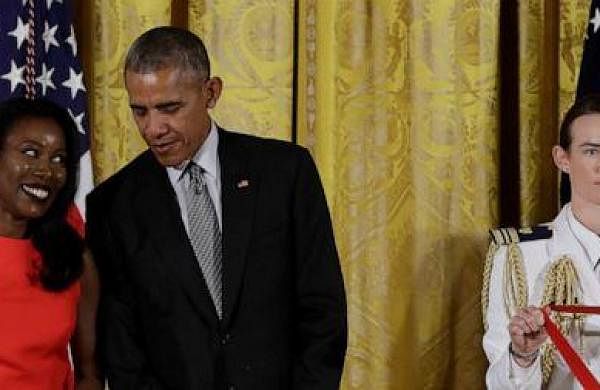 NEW YORK: Isabel Wilkerson's “Caste,” an acclaimed biography of Malcolm X and fiction by Martin Amis and the late Randall Kenan are among this year's finalists for the National Book Critics Circle prizes.

The critics circle announced five nominees in each of six competitive categories Sunday, and seven finalists for an award for best first book. The Feminist Press, whose founder Florence Howe died last year, will receive a lifetime achievement award and has a nominee for criticism: Cristina Rivera Garza's, “Grieving: Dispatches from a Wounded Country.” New Republic critic Jo Livingston received a citation for Excellence in Reviewing.

Winners will be announced March 25.

This year's nominees are the first under new leadership at the NBCC after many of its board members departed in 2020 amid a dispute over how to respond to the summer's Black Lives Matters protests. Among those stepping down was NBCC president Laurie Hertzel, senior books editor for the Minneapolis Star Tribune. She was replaced by David Varno, Publishers Weekly's fiction reviews editor.

In the NBCC's fiction award category, Amis was nominated for his autobiographical novel “Inside Story” and Kenan, who died in 2020, for the story collection “If I Had Two Wings.” The other finalists were Maggie O’Farrell's “Hamnet,” Souvankham Thammavongsa's “How to Pronounce Knife” and Bryan Washington's “Memorial.”

Wilkerson's “Caste,” her widely read exploration of American racism; was a nonfiction finalist. The others were Walter Johnson's “The Broken Heart of America: St, Louis and the Violent History of the United States,” James Shapiro's “Shakespeare in a Divided America,” Sarah Smarsh's “She Come By It Natural: Dolly Parton and the Women Who Lived Her Songs” and Tom Zoellner's “Island on Fire: The Revolt That Ended Slavery in the British Empire.”

Biography nominees included “The Dead are Arising: The Life of Malcolm X," co-written by Tamara Payne and her father, the late journalist Les Payne, and winner last fall of the National Book Award. The other finalists were Amy Stanley's “Stranger in the Shogun’s City: A Japanese Woman and Her World,” Zachary D. Carter's “The Price of Peace: Money, Democracy, and the Life of John Maynard Keynes," Heather Clark's “Red Comet: The Short Life and Blazing Art of Sylvia Plath” and Maggie Doherty's “The Equivalents: A Story of Art, Female Friendship, and Liberation in the 1960s.”

The autobiography finalists were Cathy Park Hong's “Minor Feelings: An Asian American Reckoning,” Shayla Lawson's “This Is Major: Notes on Diana Ross, Dark Girls, and Being Dope,” Riva Lehrer's “Golem Girl,” Wayétu Moore's “The Dragons, The Giant, The Women” and Alia Volz's “Home Baked: My Mom, Marijuana, and the Stoning of San Francisco.”

Three of last year's most talked about first novels, Raven Leilani's “Luster,” Megha Majumdar's “A Burning” and Douglas Stuart's “Shuggie Bain," are nominees for the John Leonard Prize for best first book, fiction or nonfiction. The other finalists are Kerri Arsenault's “Mill Town,” Karla Cornejo Villavicencio's “The Undocumented Americans,” Brandon Taylor's “Real Life” and “C Pam Zhang's ”How Much of These Hills Is Gold."

The Leonard award is named for the late literary critic, who helped found the NBCC in 1974.