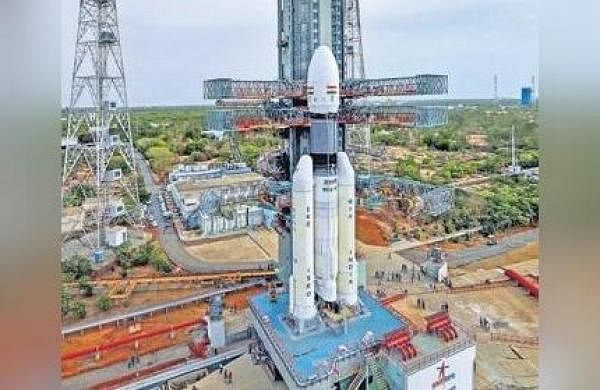 BENGALURU: Despite the setback caused by the COVID-19 pandemic and schedules being affected, the Indian Space Research Organisation (ISRO) has continued to slowly pursue its two ambitious missions -- the Gaganyaan and Chandrayaan-3. Even as officials had said that the staffers were working from home through the lockdown, several have started heading to their workspaces through the lockdown 4.

Using the payload on Chandrayaan-2 orbiter, which has three optical heads (unlike the single optical head of Chandrayaan-1 orbiter),  the space agency has a greater resolution and a stereo view of the moon. The image data will also help them decide and fine tune the point of touchdown of the lander. Since the Chandrayaan-2 orbiter is working to capacity, the upcoming mission will only have lander and rover which will be taken to the moon by a propulsion module.

The chances of success at Chandrayaan-3 are being increased with the space agency using the robust data acquired by Chandrayaan-2 orbiter. Director of Vikram Sarabhai Space Centre S Somanth recently iterated that the Human space flight programme was significant. Drawing a comparison with other countries like the USA, he said Human Space Travel is a capacity we need to create even under stress as the capability will be essential for the future.

Interplanetary missions are being studied in the science apex board, to be taken up after the Sun mission  -- Aditya. The missions will go through a process of selection and only then be approved at the government level, said former ISRO chairman AS Kiran Kumar. At present, he added, a study is in progress for the Mars-2 and Venus missions.

The space agency also got a major boost -- with their ‘method of manufacturing highland lunar soil simulant’ or moon soil getting an Indian Patent recently. The simulant was used in the Chandrayaan-2 mission to test the lander and rover, and is said to be almost similar to the Apollo-16 return samples.