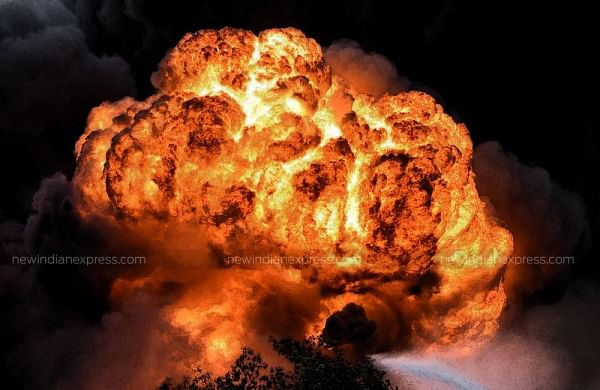 JABALPUR: Madhya Pradesh police have announced a cash reward of Rs 10,000 each for information leading to the arrest of three doctors and a senior manager of a Jabalpur-based private hospital, where a devastating fire killed eight persons and injured five others recently.

In a related development, cracking a whip on the hospitals that lack safety measures, Jabalpur's chief medical and health officer (CMHO) revoked the registration of 28 private medical facilities in the last three days for non-compliance of fire safety and other mandatory norms found during the inspection.

Talking to PTI, Superintendent of Police Siddharth Bahuguna on Saturday said he had issued an order a day ago for Rs 10,000 cash reward each for anybody providing information that leads to the arrest of three doctors and the senior manager of the New Life Multi-speciality Hospital, where the fire tragedy had occurred on Monday afternoon.

Dr Santosh Soni (36), one of four accused doctors, and Ram Soni (29), an assistant manager of the private hospital, have been arrested so far, he said.

A case of culpable homicide not amounting to murder has been registered against the four doctors and two managers of the multi-speciality hospital after the fire incident.

"Our teams have conducted raids at certain places, but could catch the accused persons. A search is on to nab them," the SP said.

CMHO Dr Sanjay Mishra said the registration of 28 private hospitals has been revoked over the last three days for non-compliance of fire safety and other mandatory norms.

Private hospitals are being inspected across the district, he said.